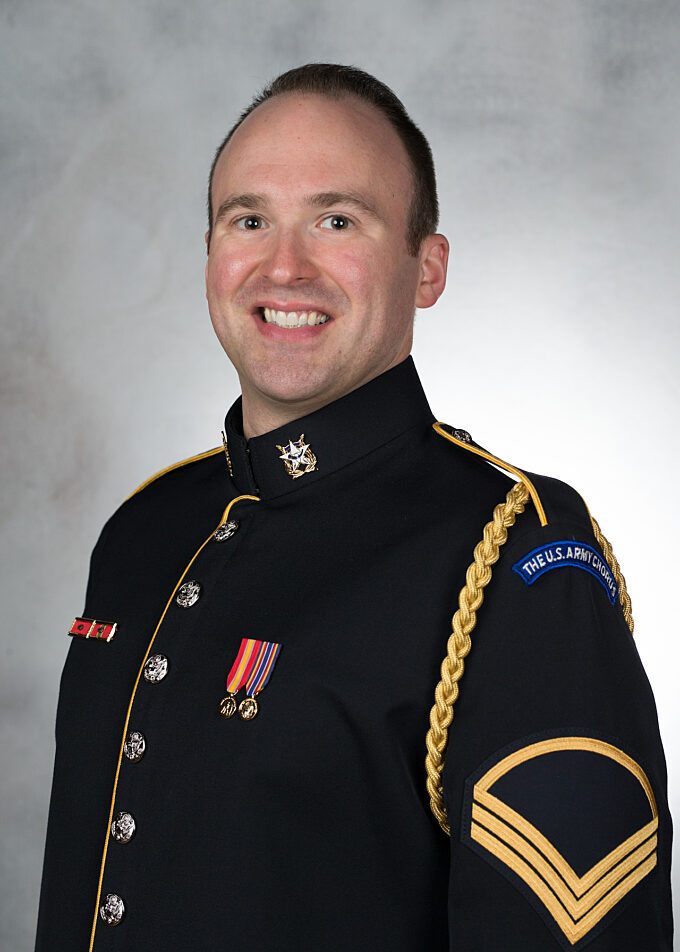 Possessing a voice hailed by the Washington Post as “impressively commanding,” SSG Kyle Tomlin is a tenor making a name for himself both on the opera stage and as a concert soloist. He has made appearances with companies across the country including Virginia Opera, Toledo Opera, St. Petersburg Opera, Charlottesville Opera, Fargo-Moorhead Opera, as well as with the Fairfax Symphony, Tallahassee Symphony, National Cathedral Choral Society, Handel Choir of Baltimore, and the Washington Bach Consort. Some of his notable roles include Rodolfo (La bohème), Tybalt (Roméo et Juliette), Nemorino (L'elisir d'amore), Almaviva (Il barbiere di Siviglia), Eisenstein (Die Fledermaus), and the title role in Albert Herring.While he regularly performs the standard repertoire, Tomlin is no stranger to new music. As a Gate City Bank Young Artist with Fargo-Moorhead Opera, he covered roles in the world premieres of Buried Alive and Embedded, two operas commissioned by the American Lyric Theatre for the Poe Project. He also originated the role of John in the premiere of Rockland, an opera commissioned by the Pine Mountain Music Festival, where he was a Resident Opera Artist for three years. Tomlin's teachers include Stanley Cornett and George Shirley, both former members of Pershing's Own.