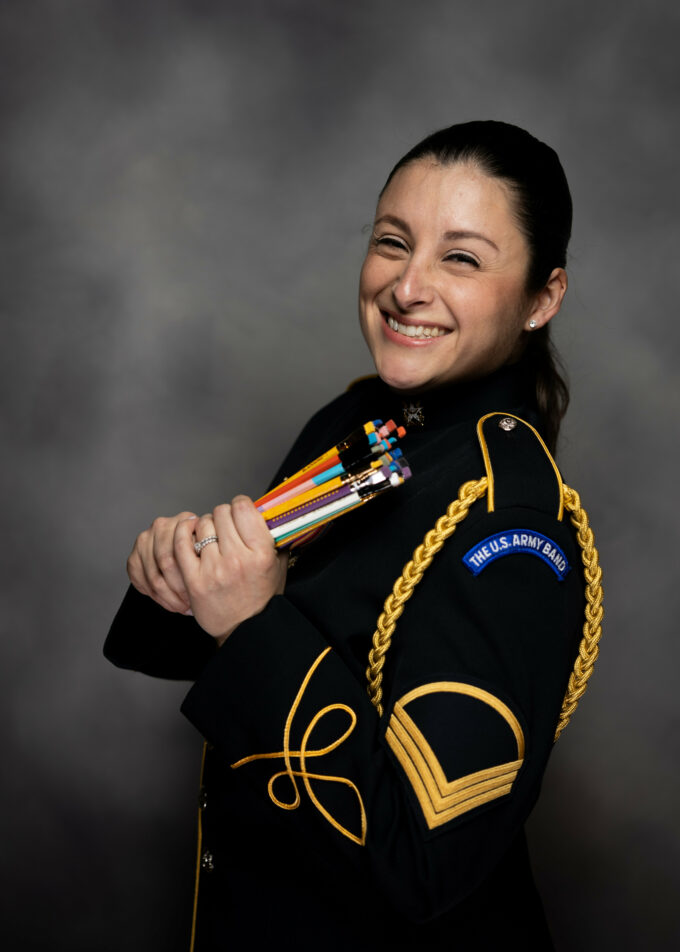 A native of Brazil, SSG Larissa Powers joined The U.S. Army Band "Pershing's Own" in 2020. As a violist, she has performed with orchestras in the U.S., Brazil, and China. As a music librarian, Powers previously worked as part of the music library team at the University of Southern Mississippi Symphony Orchestra, Valdosta Symphony Orchestra, Brevard Music Center, The Orchestra of the Americas, and National Repertory Orchestra. Prior to joining The U.S. Army Band, Powers was the Head Librarian of the Louisiana Philharmonic Orchestra in New Orleans, LA. Powers makes her home in the greater DC area with her husband and their two dogs.