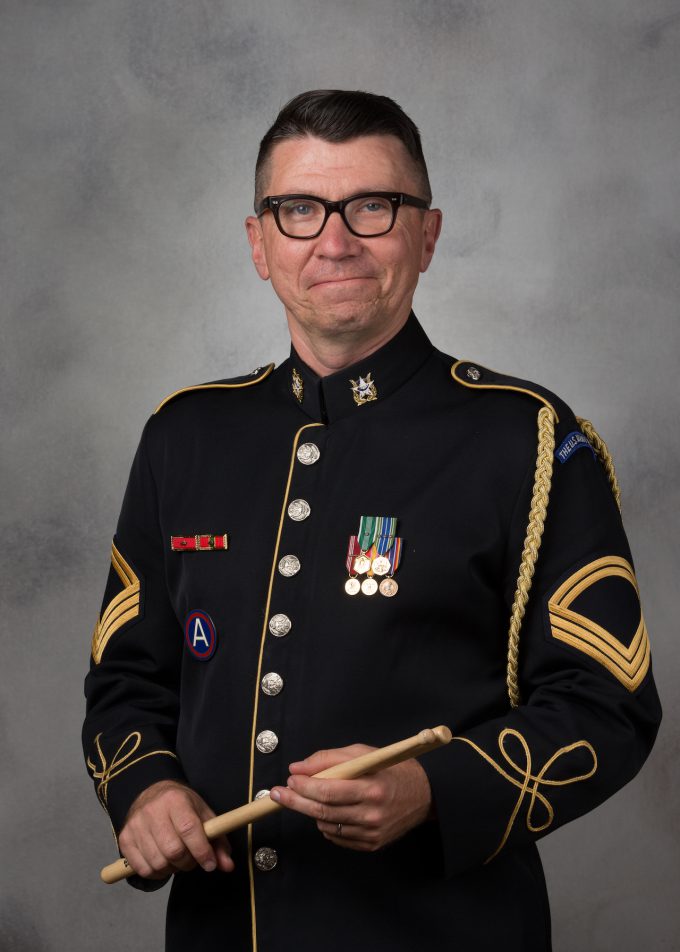 MSG Larry Ferguson is a Kentucky native and has been a member of The U.S. Army Band "Pershing's Own" since 2002. Originally a member of the Ceremonial Band, Ferguson has been a member of the concert band since 2014 and is the current Concert Band percussion section leader. Ferguson has performed with numerous orchestras throughout Kentucky, Michigan and the D.C. region, has performed at the Percussive Arts Society’s International Convention and has appeared on recordings for the Equillibrium, Azalea City, Burger Records, 13 o’clock and the Hidden Volume labels As a drumset performer, Ferguson has played with Pete Seeger, Tom Morello (Rage Against the Machine/Audioslave), Chris Isaak, Jill Sobule, Lester Chambers, The U.S. Army Blues, the U.S. Army Jazz Ambassadors, the U.S. Army Band Downrange, and the Mr. Jack Daniel's Silver Coronet Brass Band. MSG Ferguson is currently residing in Alexandria, VA, with his wife, two daughters and their two rescue dogs.