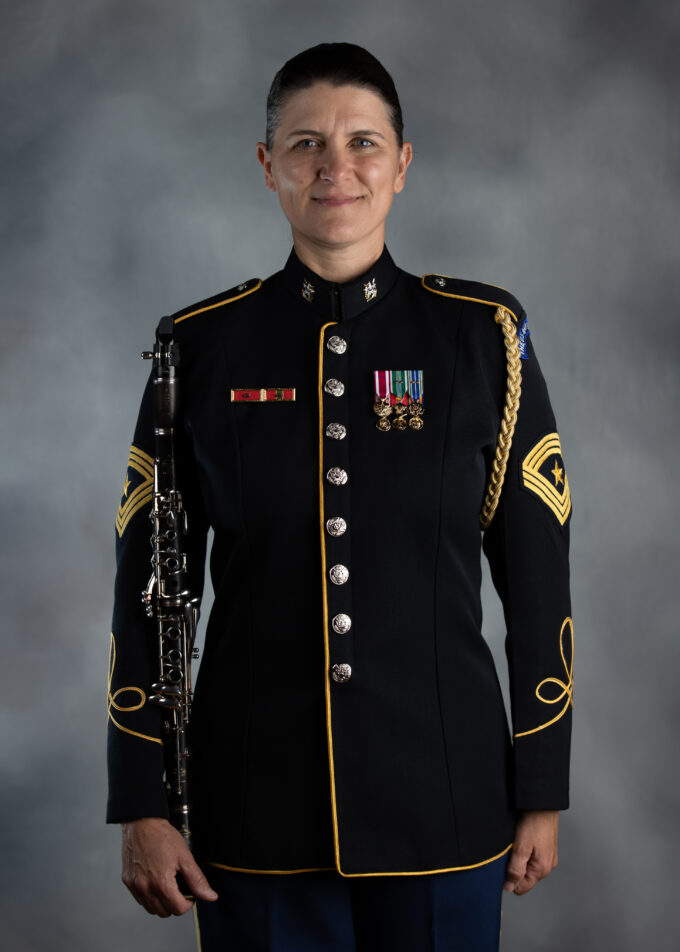 SGM Leesa Voth joined The U.S. Army Band “Pershing’s Own” in 1998 as clarinetist with the Ceremonial Band. In 2002 she became the E-flat clarinetist of the Concert Band where she has performed as a featured soloist and in numerous solo and chamber music recitals. She has performed in many ensembles as a freelance musician in the Washington, D.C., area to include the Maryland Symphony Orchestra, Fairfax Symphony Orchestra, and Mount Vernon Orchestra Association. She earned her Master of Music in Clarinet Performance at DePaul University and her Bachelor of Music at the Eastman School of Music. She currently resides in Manassas, VA with her husband, also a member of The U.S. Army Band “Pershing’s Own”, and their three children.