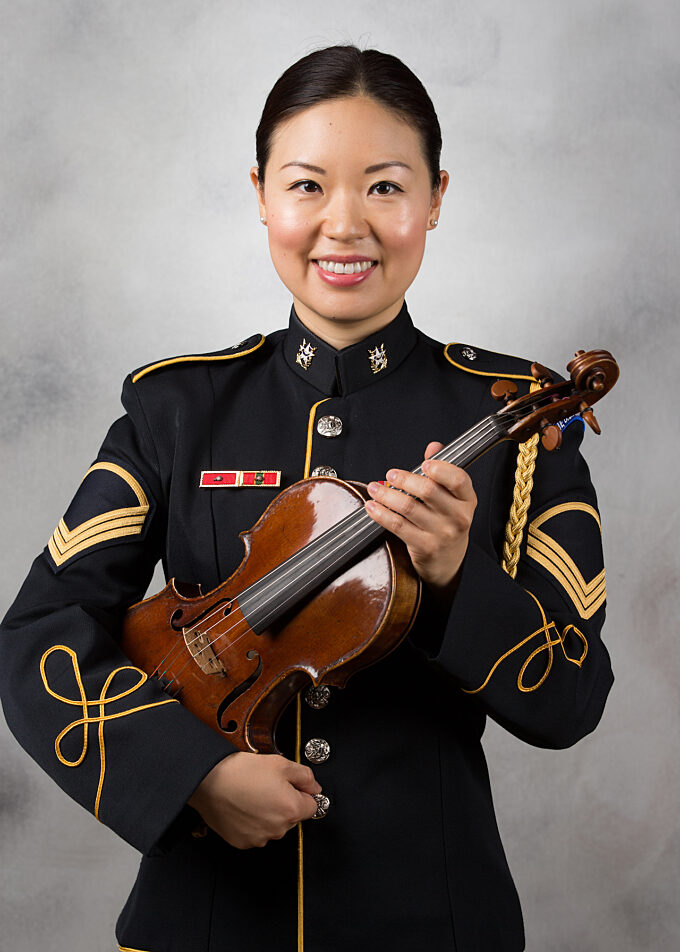 SSG Lisa Park received a B.A. in Psychology and was awarded the Hastings Prize in Musical Performance at Harvard University. Park performed with the Ying Quartet at Harvard and studied at the Eastman School of Music for one year. She received an M.M. from Rice University and a Performer’s Diploma from Southern Methodist University while serving as undergraduate violin instructor. Her teachers include Roman Totenberg, Emanuel Borok and Cho-Liang Lin.

She has served as concertmaster of ensembles including the Castleton Festival Orchestra under the late Lorin Maazel, National Orchestral Institute under David Robertson, Arlington Philharmonic, New Orchestra of Washington, and Rockville Bach Academy. Park has performed as featured soloist with the New England String Ensemble on the Boston Esplanade, The U.S. Army Orchestra, Harvard Bach Society Orchestra, Wellesley Symphony, and Boston Civic Symphony. Park received fellowships from the Aspen Music School, Kneisel Hall Chamber Festival, Moritzburg Academy, and was artist-in-residence at Atlantic Music Festival. As a proponent of new music, she has performed with contemporary ensembles including the 21st Century Consort at the Hirshhorn Museum.

Park was the first placing violinist in the USA International Music Competition and New England String Ensemble Competition and was recipient of the Volkswagen Prize for Best Chamber Music Performance (Moritzburg Academy). In 2016, SSG Park was one of three junior U.S. Army Soldiers from the MDW recognized for excellent service by President Barack Obama, Vice President Joe Biden and Secretary of Defense Ashton Carter. Prior to joining the U.S. Army Strings in 2015, Park served as Professor of Violin and Music Theory at Richland College in Dallas, TX. An active educator, Park has served as an adjudicator at local concerto competitions. She is a member of the Pi Kappa Lambda music honor society.