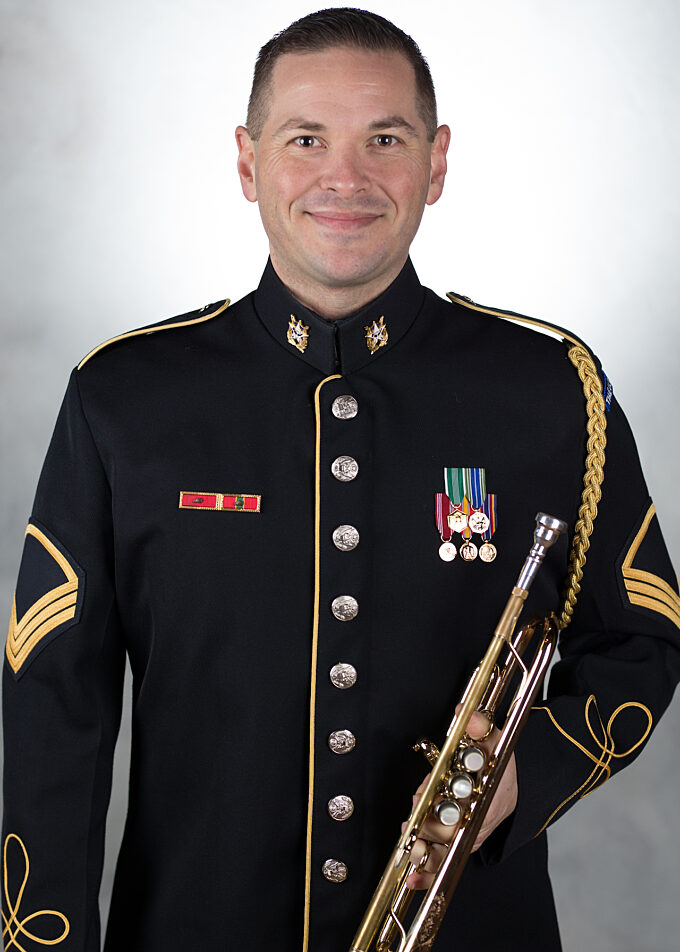 SFC Lorenzo F. Trujillo began his musical life at the age of four on the violin. By the time he was only six, he could be seen performing throughout Colorado and New Mexico. It wasn't until high school that he started seriously playing the trumpet. Since then, he has studied, performed, and recorded in a wide variety of classical, jazz, and popular styles. Trujillo has premiered multiple new works for trumpet and has regularly been seen giving masterclasses across the country. His performances have taken him through over 480 cities throughout the United States, Canada, Mexico, and Brazil. Lorenzo's professional experience also includes tours with The Dallas Brass, Lead Trumpet with Frankie Valli and the Four Seasons, and two seasons as Principal Trumpet of the Lyric Opera of Los Angeles. Among the world-famous artists with whom Trujillo has appeared with are Lady Gaga, Tony Bennett, Aretha Franklin, Travis Tritt, Michael MacDonald, Linda Ronstadt, Harry Connick, Gregory Hines, Poncho Sanchez, Papa Rodriguez, Sheila E., Phil Woods, Curtis Fuller, Jimmy Heath, James Moody, Jon Faddis, and Wayne Bergeron. After four years of teaching at the university level, Lorenzo has chosen a new career and now serves in The U.S. Army Band "Pershing's Own."