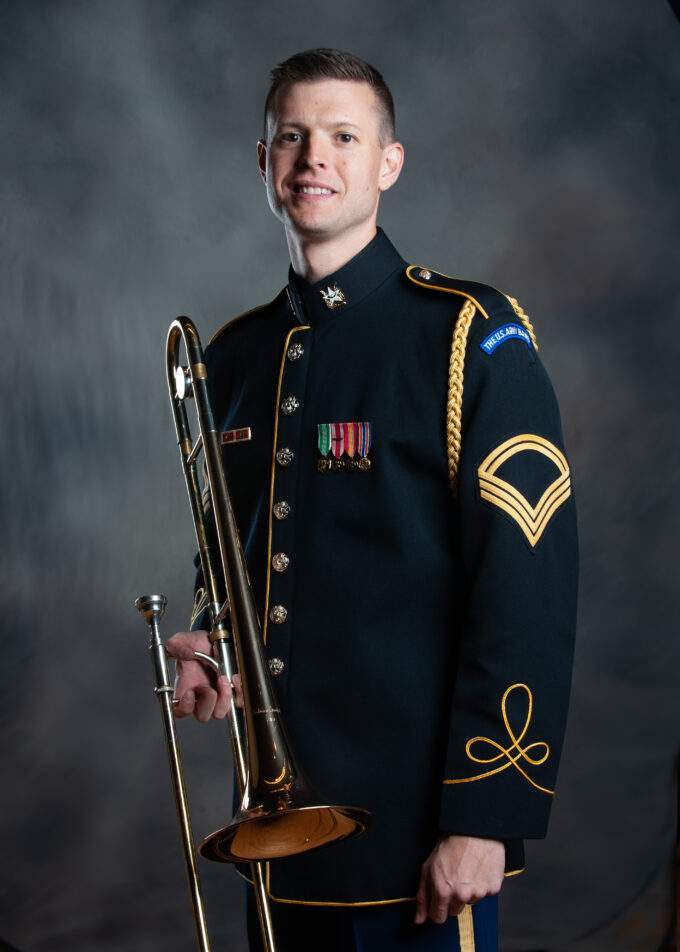 SFC Luke Brimhall first joined the United States Army in 2012 serving as trombonist with the Jazz Ambassadors of The U.S. Army Field Band. After spending 5 years with the Field Band, Brimhall joined The U.S. Army Blues in 2017. Aside from serving in the U.S. Army, Brimhall is also a freelance musician in the Baltimore and Washington D.C. areas.