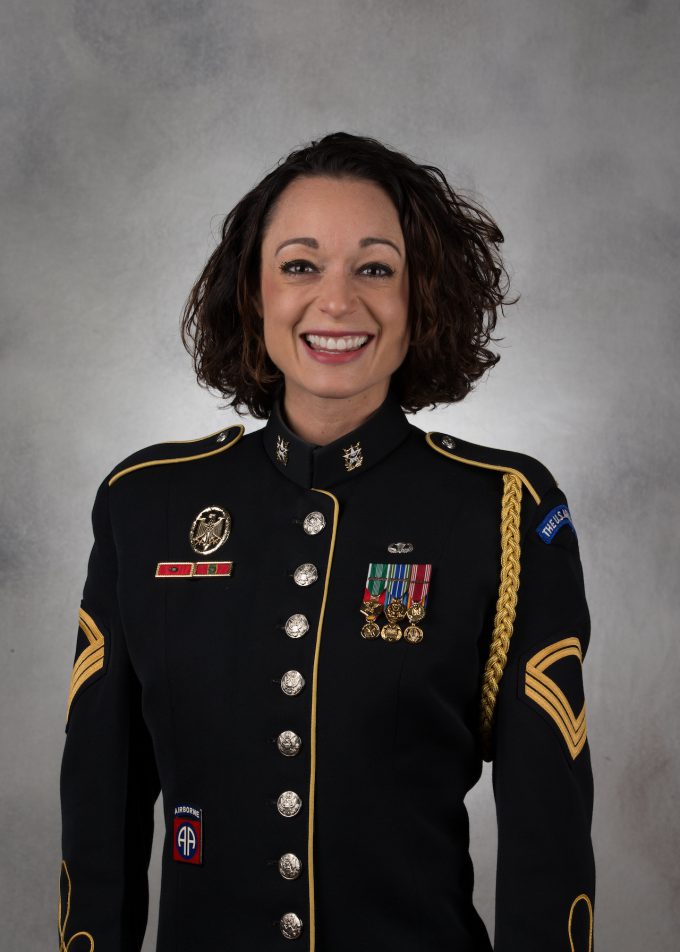 In 2001, at age 17, SFC Martha Krabill enlisted in the Army as an Airborne Paratrooper in the 82nd Airborne Division Band at Ft. Bragg, North Carolina. In 2004, Krabill represented the US Army on the hit television show, American Idol. That same year, after years of jumping out of airplanes and following a brief deployment in support of Operation Iraqi Freedom, she was selected as a vocalist with The U.S. Army Band Downrange, the Army Band’s premier pop and rock element. A highlight of her work with Downrange was being selected to represent "Pershing's Own" overseas with the Sergeant Major of the Army’s Hope and Freedom Tour to entertain U.S. troops in Iraq, Kuwait, and Afghanistan. When she is not singing for the Army, she is active as a dance therapist, teaching dance to disabled adults in the metropolitan-DC area, and was recently given a service award by the Arlington County Human Services department for her work. Krabill enjoys teaching jazz and tap dancing in different studios and organizations in the area. She is proud to be a member of The U.S. Army Band Downrange and looks forward performing with them for years to come.