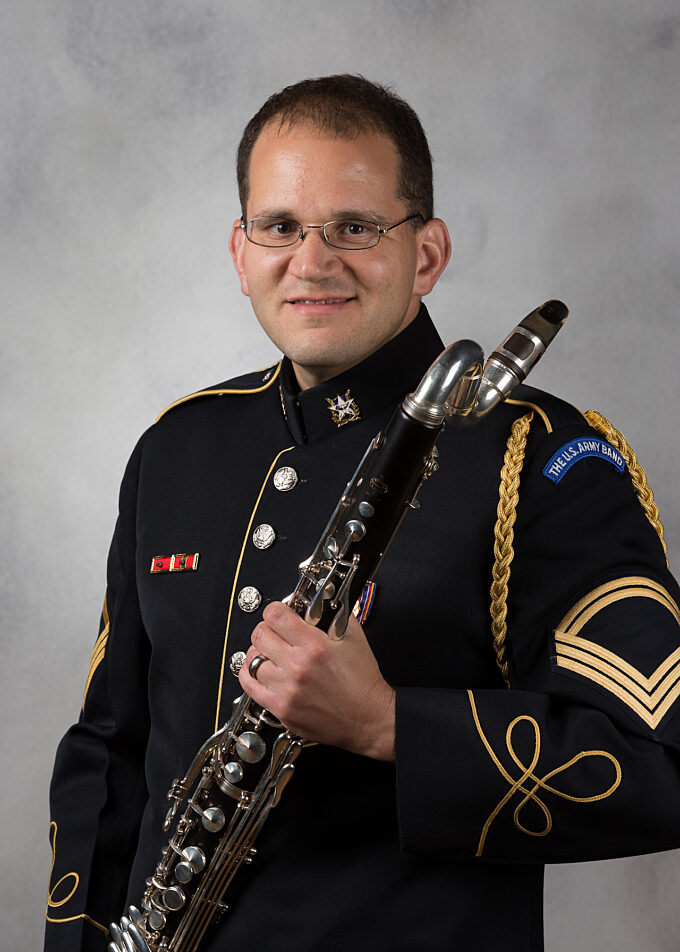 MSG Martin Gold has served as clarinetist and bass clarinetist with The U.S. Army Band, “Pershing’s Own”, since 2004. He has been a featured soloist with the U.S. Army Band’s Summer Concert Series, a frequent contributor to the U.S. Army Orchestra. Gold holds a Bachelor of Music Education degree from the University of Florida and a Master of Music degree from Indiana University, with a cognate in music composition. He has performed with the Richmond Symphony, the Fairfax Symphony, the Columbus Indiana Philharmonic, the Valdosta Georgia Symphony, the Central Florida Symphony, the Southwest Florida Symphony, and the Orquesta Sinfonica de la UANL in Monterrey, Mexico. As an arranger, Gold has written extensively for wind quintet and clarinet choir, as well as for concert band, marching band, strings, and brass quintet. Gold’s arrangements have been heard on national television and radio.