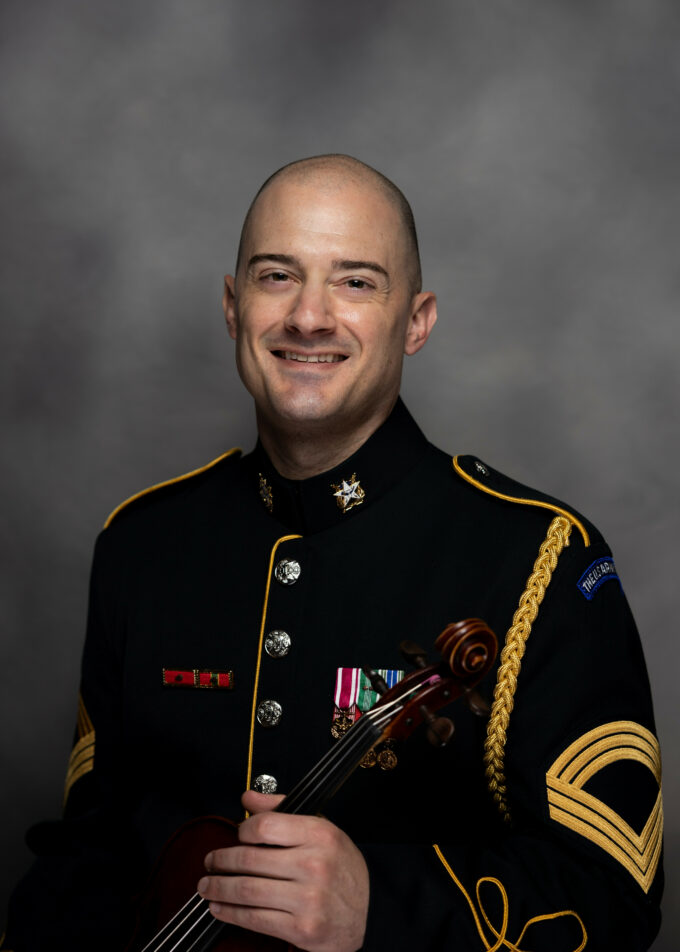 MSG Matthew Evans joined The U.S. Army Strings in 2007. A native of State College, Pennsylvania, he studied with James Lyon at Penn State University, and Christophe and Judy Bosua at the Ecole Suzuki School in Lyon, France. Evans earned his bachelor's degree in violin performance with honors from the University of Louisville. While at U of L, he studied with Peter McHugh, Paul York, and was concertmaster of the symphony orchestra under the direction of Kim Lloyd.Evans has won numerous concerto competitions and performed solos with the Williamsport Symphony, Nittany Valley Symphony, Louisville Symphony, Sewanee Summer Music Festival Orchestra, and the United States Army Orchestra. Highlights of Evans's Army career have been performing with the joint forces orchestra for President Obama's inaugural concert at the Lincoln Memorial, Performing a concerto with acclaimed fiddler and jazz violinist Mark O'Conner, and performing the Theme from Schindler's List with The Army Band for the Days of Remembrance Ceremony at the U.S. Capitol. Evans currently serves as Stroll Leader for The U.S. Army Strolling Strings.