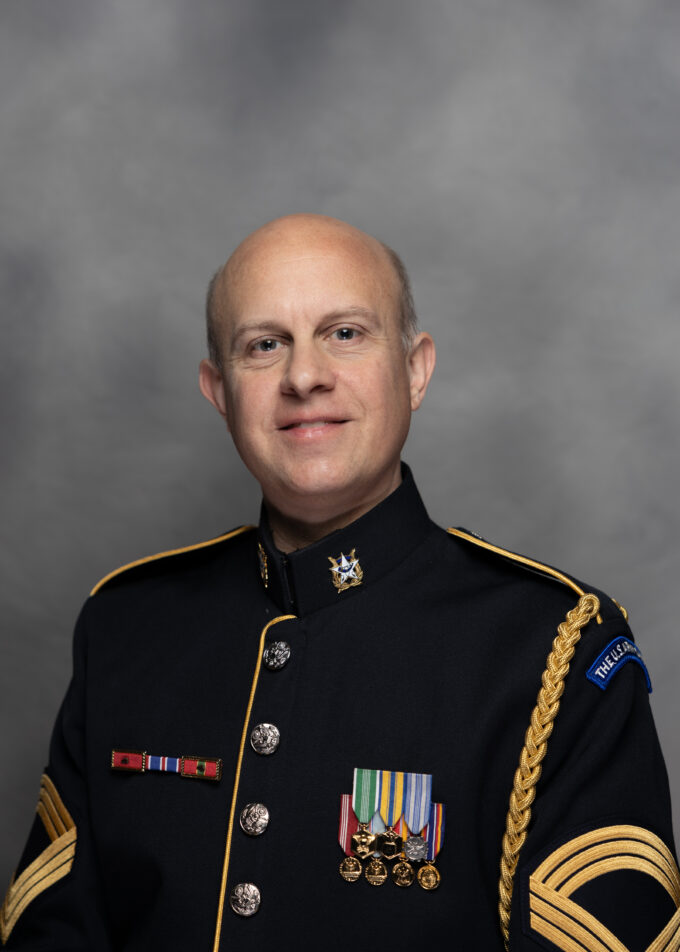 MSG Matthew Loyal Smith has performed as a tenor soloist with numerous ensembles, including the National Philharmonic, Washington Chorus, Washington Bach Consort, the Cathedral Choral Society, the Washington Concert Opera, the Niagara Symphony Orchestra, the Pennsylvania Chamber Orchestra, and the Mendelssohn Club of Philadelphia. He has also performed as a member of the Metropolitan Opera Chorus.Smith received the Carmel Bach Festival’s Adams Fellowship for performance and study of the music of J.S. Bach. His oratorio solos have included all of Bach's major works, many of his cantatas, and Handel's Messiah, Monteverdi's Vespers 1610, and many others. A finalist in the San Francisco Opera Center auditions, his operetta and operatic roles have included Pirates of Penzance (Frederic), Countess Maritza (Baron Zsupàn), The Turn of the Screw (The Prologue), Amahl and the Night Visitors (Kaspar), Albert Herring (The Mayor), L’heure Espagnol (Torquemada), and L’elisir d’amore (Nemorino -- cover). Smith studied voice with Beverley Rinaldi and Christine Anderson. A former member of the Air Force's Singing Sergeants, he is proud to continue his military service with The U.S. Army Chorus.