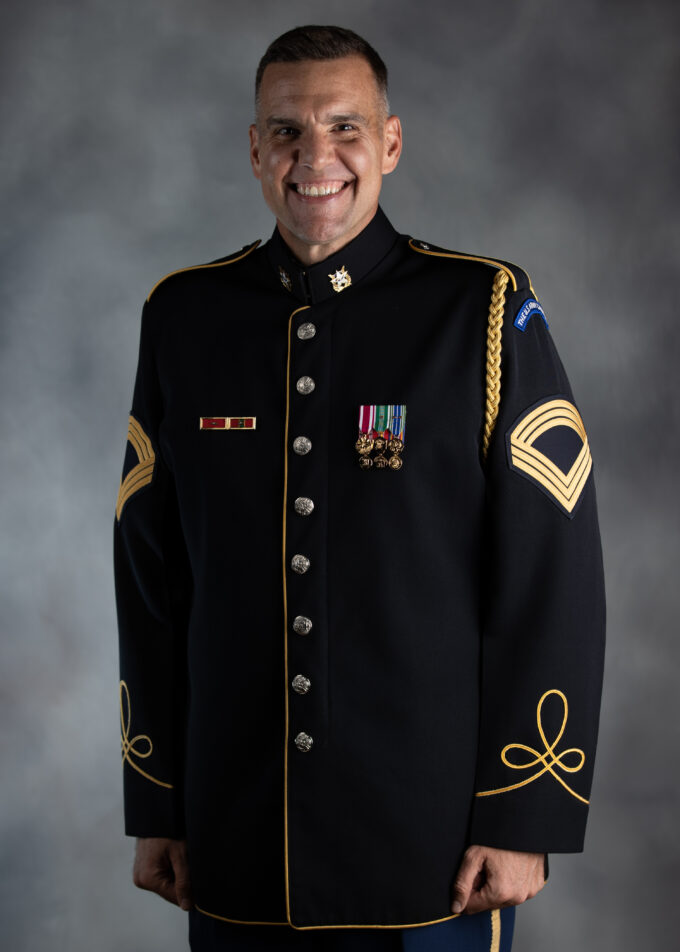 MSG Matthew Nall was born and raised in Garland, Texas, right outside of Dallas, Texas. He earned his Bachelor's of Music from Texas Tech University and his Master's of Arts from New York University. After completing his Masters degree, Nall pursued a career as an actor, joining Actor's Equity Association and performing at many regional theater's around the country. Some of his favorite leading roles include 'Curly' in Oklahoma, 'Gaston' in Beauty and the Beast, and 'Christmas Present' in A Christmas Carol. Nall joined the Army in August of 2006. He is very lucky to be supported by his beautiful wife Sara Hart and son Cooper David.