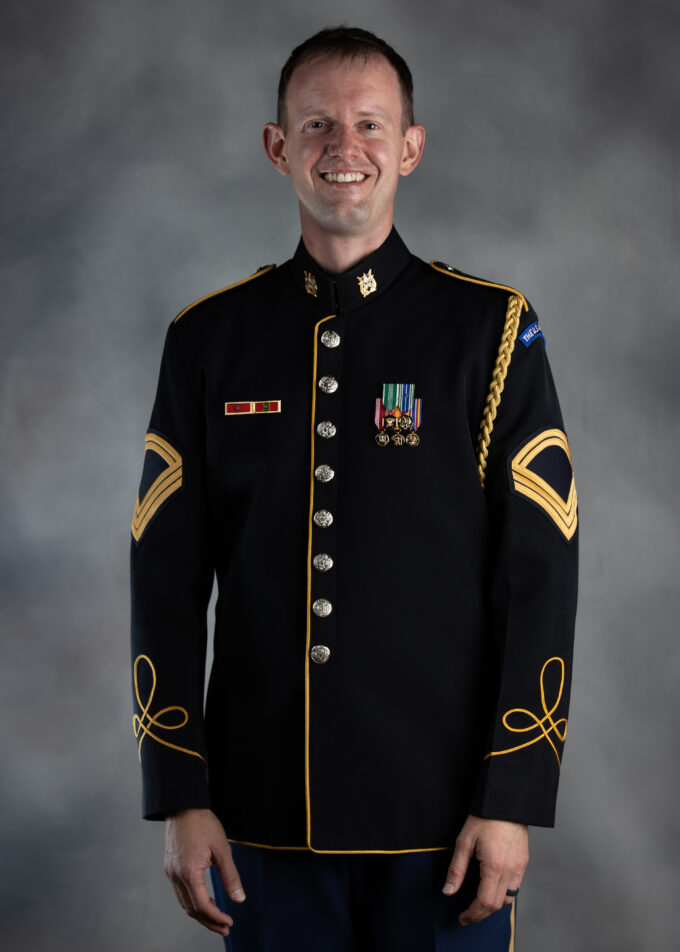 SFC Matthew Richardson was born in Denver, Colorado and raised in Dubuque, Iowa. He graduated with his Bachelor of Music degree from the Eastman School of Music. Richardson began his professional performing career singing with the College Light Opera Company in Falmouth, Massachusetts. Some of his favorite roles from CLOC are Ralph Rackstraw in H.M.S. Pinafore, Frederick in Pirates of Penzance, the Duke of Dunstable in Patience, and Harvey Johnson in Bye Bye Birdie!After stepping away from music for a while volunteering with AmeriCorps in Yakutat, Alaska, and backpacking through Europe, Richardson was a studio artist with the Florentine Opera Company in Milwaukee, Wisconsin. There he sang several principal, secondary, and concert roles including the tenor soloist in Händel’s Messiah with the Milwaukee Symphony Orchestra, Elder Gleaton in Susannah, and Pong in Turandot. He is also a featured artist on the Florentine’s Grammy winning recordings of both Elmer Gantry and Rio de Sangre. After leaving the Florentine, Richardson has performed extensively across the Midwest and the Pacific Northwest. Some of his recent highlights include, Count Almaviva in Tacoma Opera’s production of Il barbiere di Siviglia, the tenor soloist in Carmina Burana with Spectrum Dance Theater, world premier performances of Garret Fisher’s new Noh inspired performance pieces Kakitsubata and Yoshinaka in Cologne, Germany and ACT Theatre in Seattle, Washington, and as a singer and violinist in a collaborative production with Danceworks MKE and Milwaukee Opera Theatre of Purcell’s Fairy Queen.