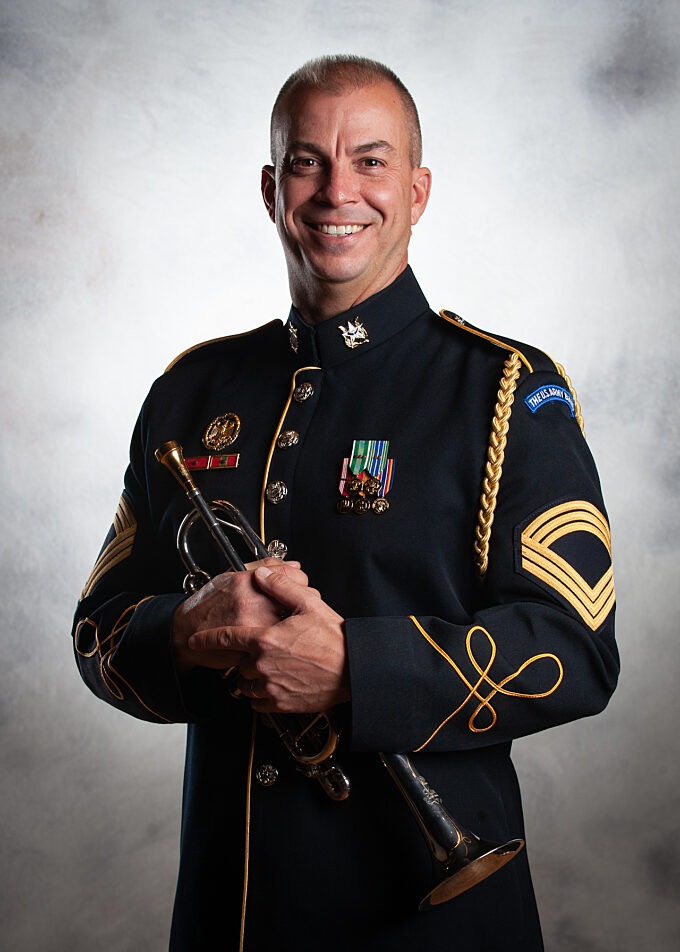 MSG Matthew Byrne, trumpet, is currently a member of The U.S. Army Band “Pershing’s Own” and performs with the ceremonial band element of the unit. His primary duties include performing for ceremonies in Arlington National Ceremony and at the Tomb of the Unknown Soldier as well as military functions in and around Washington, D.C. Byrne began playing the trumpet in the fourth grade and after graduating from High School in 1991, attended Ithaca College on a viola scholarship, studied trumpet with Dr. Kim Dunnick, and earned a bachelor’s degree in Music Performance and Education. He then went on to teach strings in the public school systems of Long Island, NY and Guilford, CT. In 2002, Byrne returned to school as a teacher’s assistant at the University of Louisville. He graduated Phi Kappa Phi and earned his master’s degree in Music Performance studying with Dr. Michael Tunnell. While at the University of Louisville, he auditioned for and won a position with The U.S. Army Band “Pershing’s Own” and joined the unit upon completion of basic training in 2004. When not performing with the U.S. Army band, Byrne is active as a freelance musician in the Washington D.C. metropolitan area, performing as a soloist and in chamber ensemble settings on both trumpet and viola.