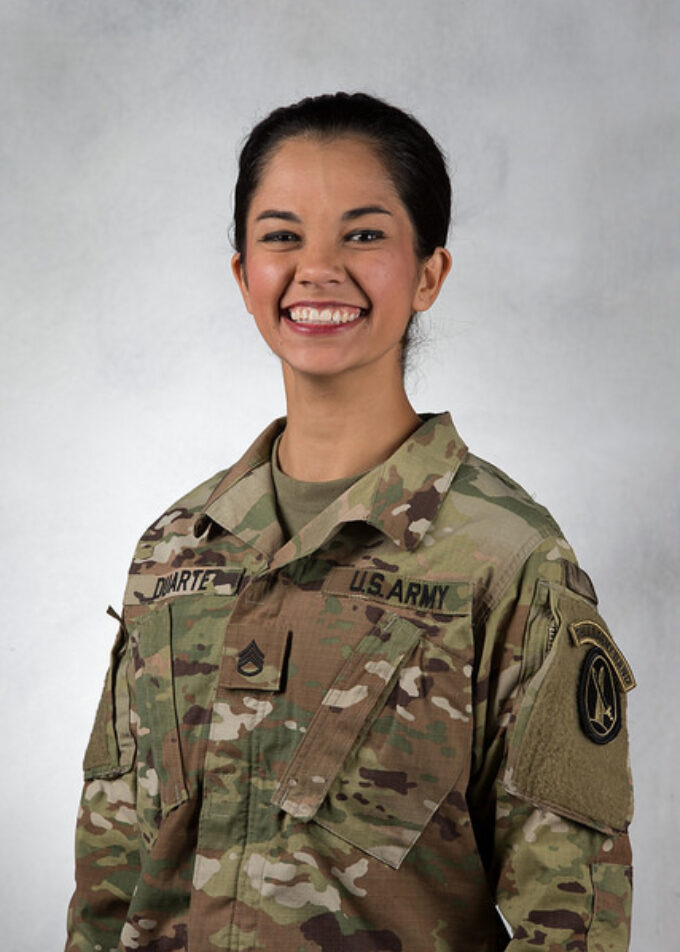 Born and raised in São Carlos, Brazil, SSG Mayna Duarte grew up dancing classical ballet and providing backstage support for dance recitals, workshops, and competitions. She moved to the United States in 2012 to attend college at Grand Valley State University in Grand Rapids, MI as a double major in theater and film and video production. At the end of her senior year of college, Duarte enlisted in the U.S. Army as a Quartermaster and Chemical Equipment Repairer and was assigned to the 11th Air Defense Artillery Brigade, Fort Bliss, TX. She joined The U.S. Army Band “Pershing’s Own” in 2016 as a stage manager. Duarte resides in Virginia. She is the first woman to be a member of Pershing’s Own's Technical Support Group.