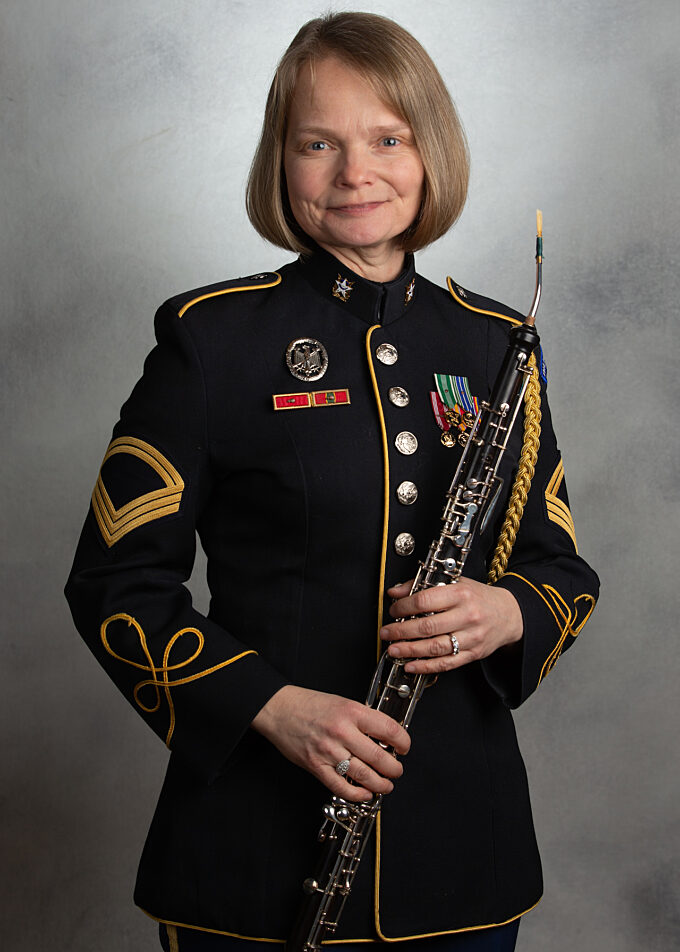 SFC Meredeth Rouse joined the United States Army Band "Pershing's Own" in 2009. She has been featured as a soloist with the Concert Band at the US Capitol and at George Mason University, and with the Orchestra at the Library of Congress. Rouse is also a member of the Woodwind Quintet. A former member of the Louisiana Philharmonic, the Princeton Symphony, the Binghamton Philharmonic, and the Civic Orchestra of Chicago, she has also performed as a guest with Boston Modern Orchestra Project, Opera Boston, and the Chicago Symphony Orchestra. Rouse holds a Bachelor's degree from the New England Conservatory. She completed a Master's degree in Orchestral Performance and a Professional Studies Certificate at the Manhattan School of Music, where she later served four years as oboe teaching assistant. Former faculty of Southeastern Louisiana University, she currently plays English horn for the Fairfax Symphony in Virginia.