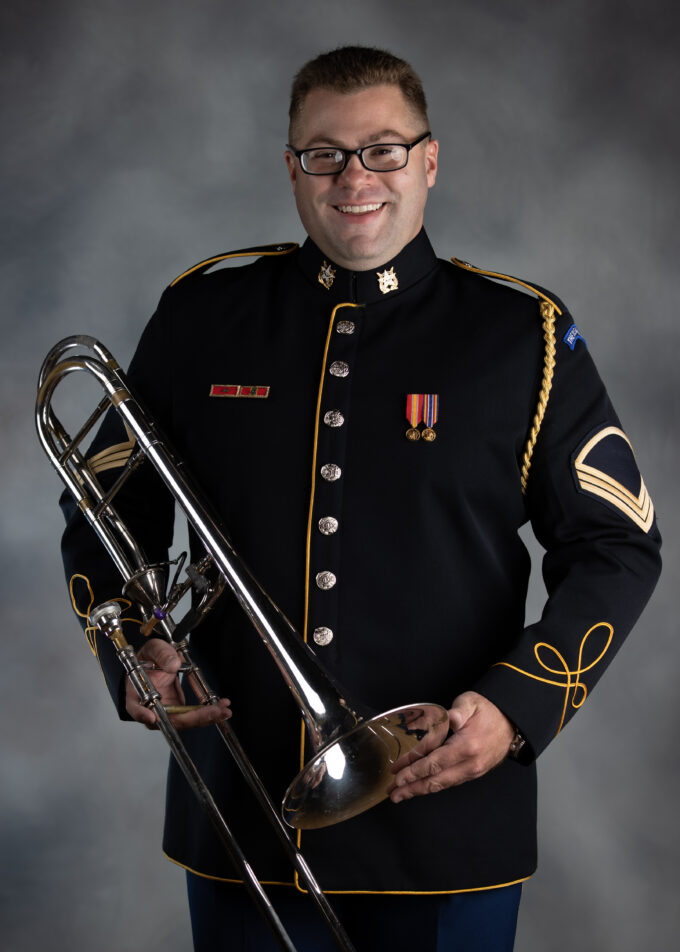 SSG Michael Burner joined The U.S. Army Band "Pershing's Own" in April 2020. A native of Rogers, AR, he studied at the University of Arkansas, and the Mannes School of Music.
Before his position with "Pershing's Own," Burner was a freelance musician in New York City, where he performed with the Metropolitan Opera, New England Symphonic Ensemble, and the Chamber Orchestra of New York, along with performances of Broadway and Off-Broadway musicals. Additionally, Burner was a member of the Arkansas Philharmonic for four seasons, and has performed as a soloist with the University of Arkansas Symphony Orchestra and New Music Ensemble. His teachers and mentors have included Weston Sprott, Demian Austin, Nicholas Schwartz, Gerald Sloan, Cory Mixdorf, and David Finlayson.