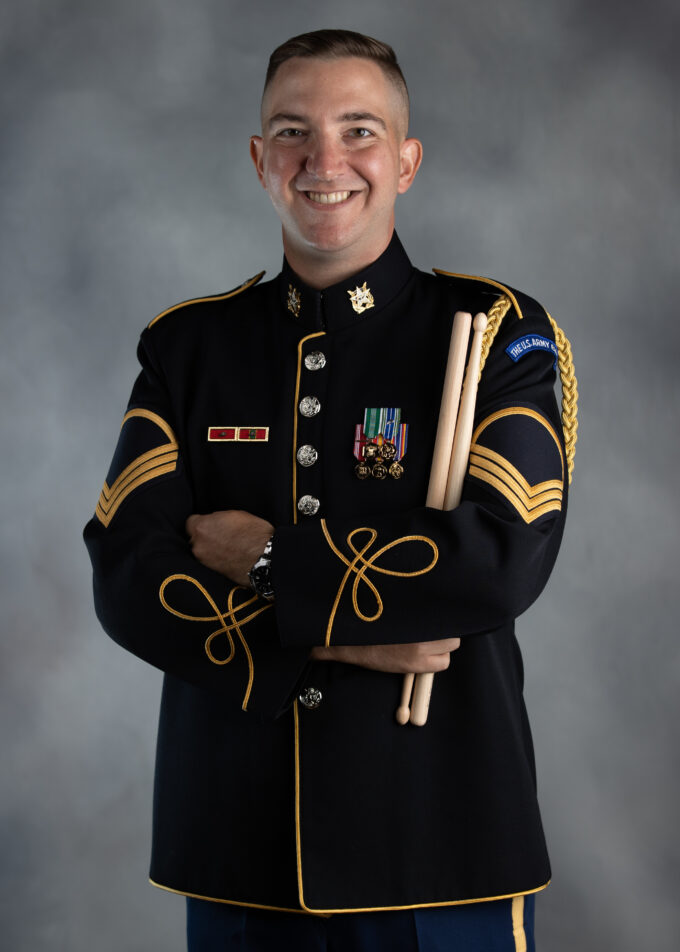 SSG Mike Dillman holds a bachelor’s degree in Music Performance from Ohio State University, where he studied with Dr. Susan Powell and Joseph Krygier. Dillman earned his Master of Music degree in Percussion Performance from the University of Cincinnati’s College-Conservatory of Music. He studied at CCM under Percussive Arts Society Hall-of-Famers Rusty Burge, James Culley and Allen Otte. From 2015-2020, Dillman was a member of the US Army Old Guard Fife and Drum Corps. As an Army Musician SSG Dillman has performed for Her Majesty the Queen Elizabeth II and members of the British Royal Family; heads of state of Canada, Rome, China and others; US Presidents, Gold Star Families, and American citizens from Oregon to Florida, and Ottawa, Ontario to San Antonio, Texas.