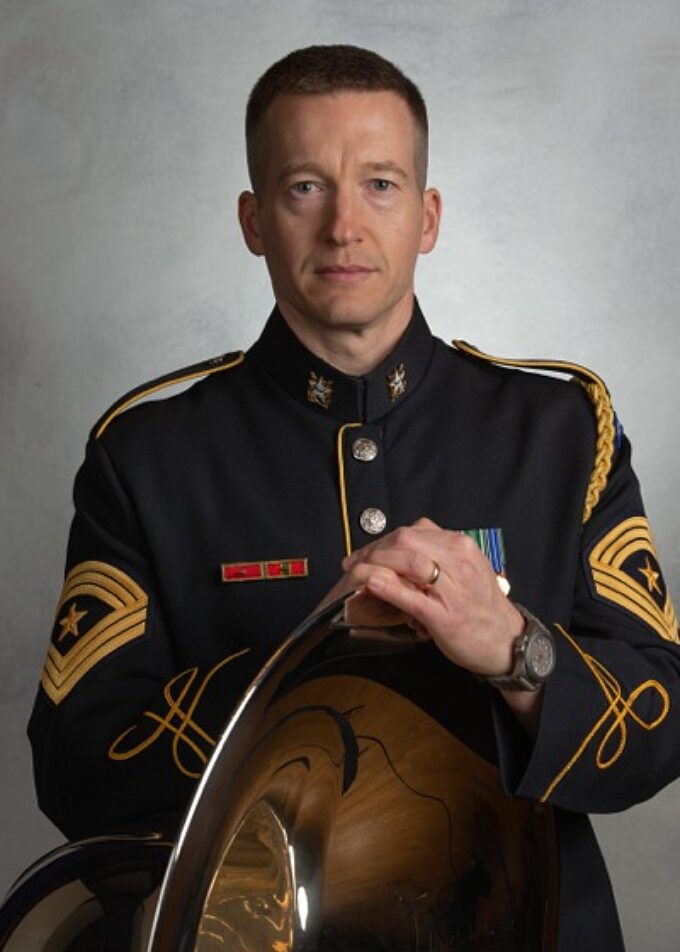 SGM Eberly earned a bachelor's degree in music performance from Western Washington University, where he studied with Carla Rutschman, and a master's degree in music performance from Yale University, studying under Toby Hanks. He also earned doctoral level credits at Boston University and the University of Maryland before joining The U.S. Army Band in 2001. After nearly 20 years as a tubist and Drum Major, SGM Eberly assumed the role of Element Leader for The Ceremonial Band in 2020.