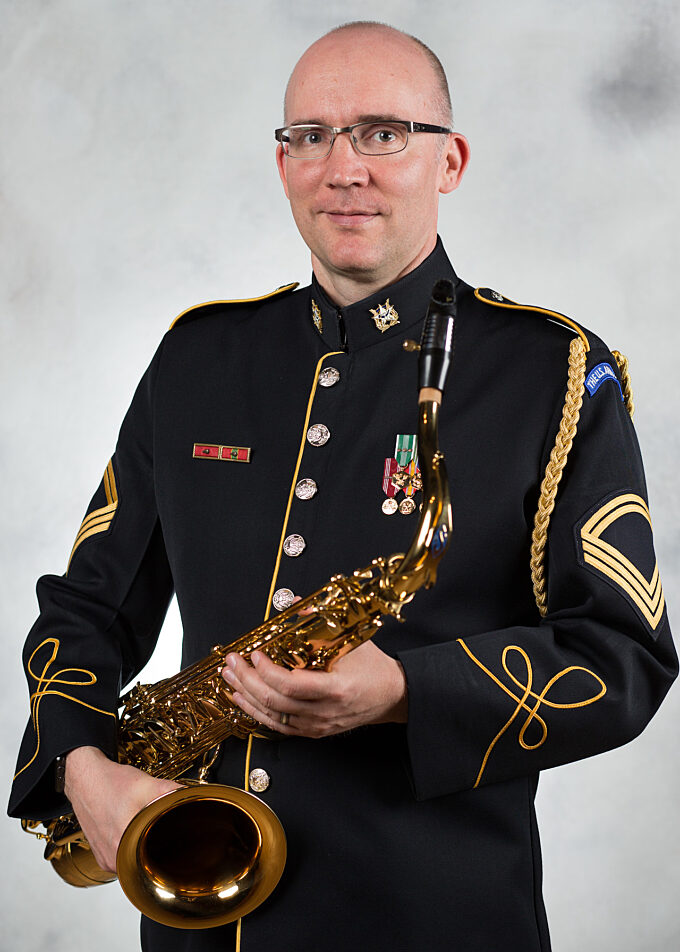 A native of Vancouver, WA, MSG Michael Vance earned a Bachelor of Music degree in saxophone performance and pedagogy from Brigham Young University and a Master of Music degree in jazz studies from Indiana University, where he was an associate instructor. Vance has worked with numerous professional ensembles, including the Jimmy Dorsey Jazz Orchestra, the Guy Lombardo Jazz Orchestra, the Larry Elgart Jazz Orchestra, the Gene Krupa Big Band, the David Baker Jazz Quintet, the Utah Symphony, and the Four Tops. Vance has performed with James Moody, Bob Mintzer, Dick Oatts, John Riley, Rufus Reid, John Clayton, Marvin Stamm, Toni Tennille, and Maureen McGovern, to name a few. In the spring of 2007 he performed at the CSM Jazz Festival as a guest soloist with Randy Brecker. Vance is a member of The U.S. Army Band “Pershing’s Own” stationed at Fort Myer, VA. He has performed for various dignitaries and government leaders, including President George W. Bush and Vice President Dick Cheney. He was honored to play for the funerals of Presidents Ronald Reagan and Gerald Ford.