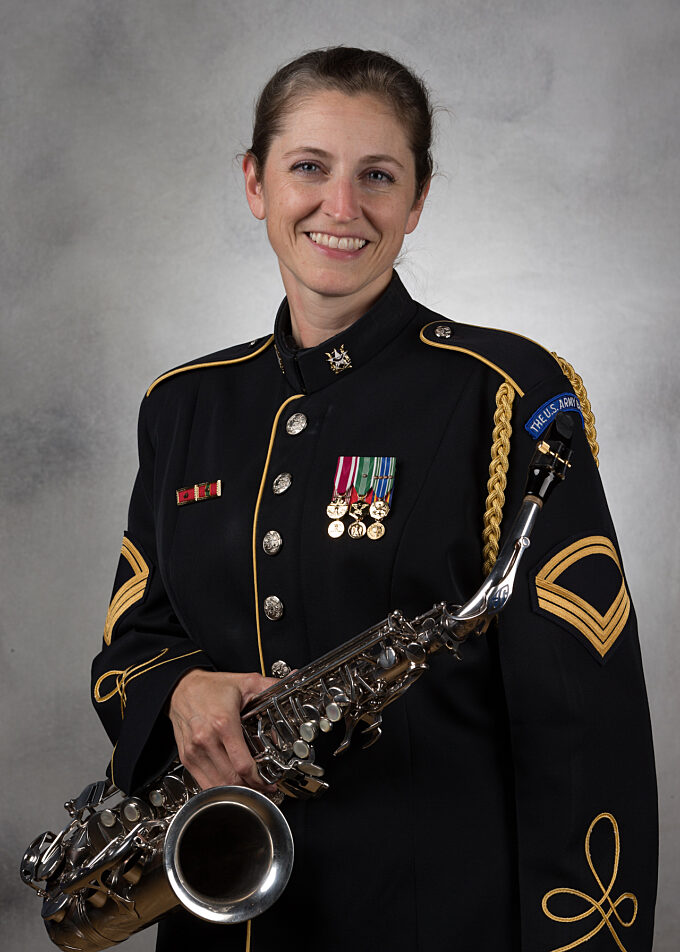 MSG Michelle Acton is a native of Plano, TX and joined The U.S. Army Band "Pershing's Own" in 2004. She is a member of The U.S. Army Ceremonial Band and The U.S. Army Band Saxophone Quartet, and she has performed with The U.S. Army Concert Band, The Army Blues, and Downrange. Upon her graduation in 1996 from Plano East Senior High School, she attended college at Baylor University to study with Michael Jacobson and earned a Bachelor of Music Education. She went on to study with Jim Riggs at the University of North Texas and earned a Master of Music in performance. Outside her military duties, she is a member of Great Noise Ensemble with whom she has premiered and recorded new classical music.