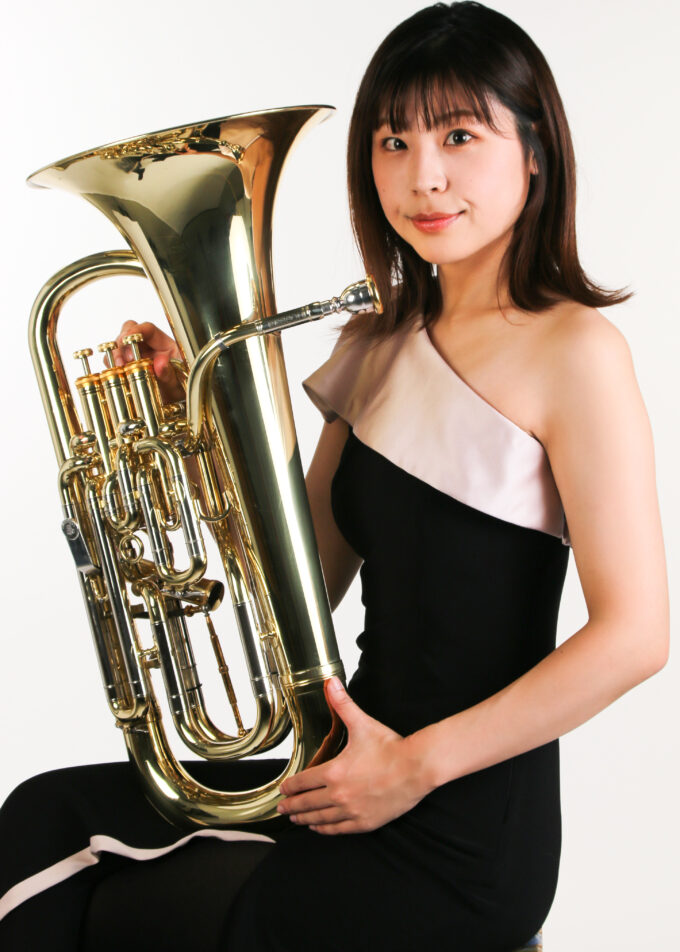 Misa was born in the city of Kumamoto, in the south west of Japan. She graduated from Tokyo College of Music in 2008. At both high school and university she was a scholarship student.

Misa appeared as a guest artist in March 2013 at Tubamania Festivals in Thailand and May 2013 at the South West Region Tuba Euphonium Conference (SWRTEC) in California, USA, performing her own compositions. In 2013 she was appointed High School Performance Assistant at the Tokyo College of Music. She also worked closely with the Tokyo-based Spiel Kammerensemble.

Since July 2013, Misa moved to the UK, and performed many concerts in more than twenty countries. She married the famous British euphonium artist Steven Mead in March 2014, and changed her name from Misa Akahoshi to Misa Mead. Her debut CD Journey, was released to great critical acclaim.

Misa is an active as freelance composer and orchestrator. Many of her works are published by ASKS Winds (Japan) and Bocchino Music (UK) distributed world-wide.

Misa is a Besson Euphonium Artist represents the Buffet Group around the world with her solo activities.