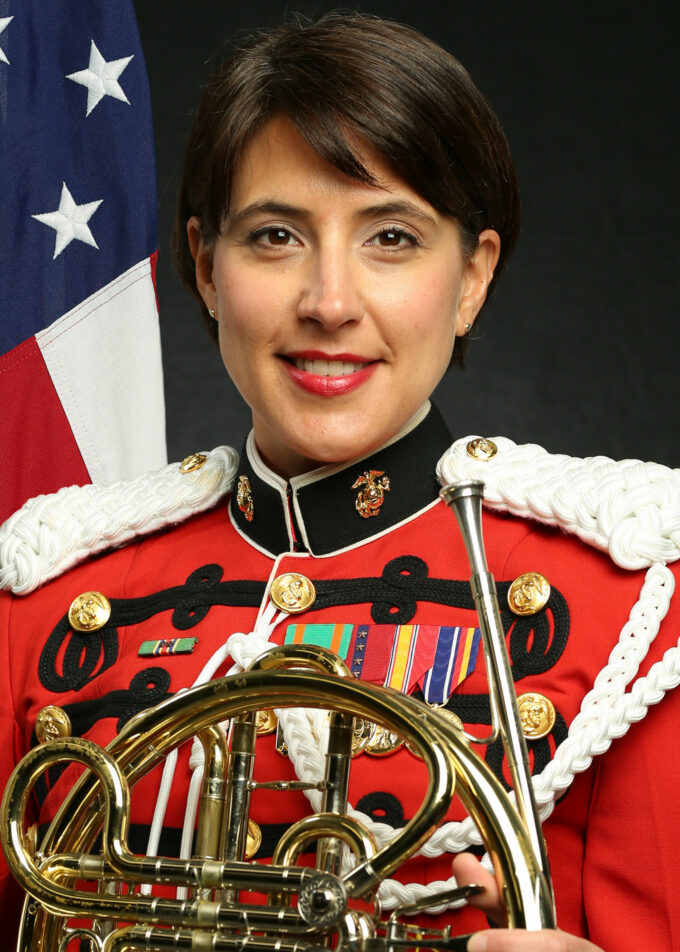 Horn Player Master Sergeant Hilary Harding of Princeton, Ky., joined “The President’s Own” United States Marine Band in May 2003 and was appointed assistant principal horn in October 2012 and principal in May 2018. Master Sgt. Harding began her musical training at age 11. Upon graduating in 1996 from Caldwell County High School in Princeton, she attended the University of Illinois at Urbana-Champaign where in 2000 she earned a bachelor’s degree in music. In 2002, she earned a master’s degree in music from the Peabody Institute of The Johns Hopkins University in Baltimore, and in 2007 she earned a doctorate of musical arts at the University of Maryland, College Park. Her horn instructors included Martin Hackleman of the National Symphony Orchestra in Washington, D.C., Peter Landgren of the Baltimore Symphony Orchestra, and Kazimierz Machala, formerly of the Sydney Symphony in Sydney, Australia. Master Sgt. Harding performs with the Marine Band and Marine Chamber Orchestra at the White House, in the Washington, D.C., area, and across the country during the band’s annual concert tour. She was featured as a tour soloist in 2008, performing Camille Saint-Saën’s “Morceau de Concert” Opus 94. In 2013, she performed the world première of James Stephenson’s transcription of his Sounds Awakened.