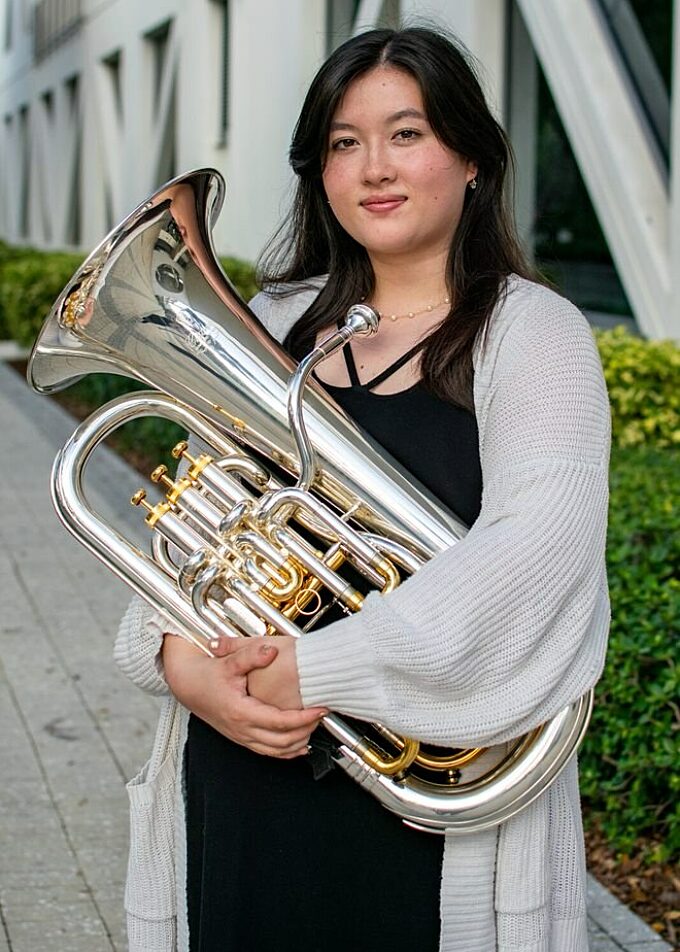 Natalie Colegrove currently attends the University of Miami pursuing a bachelor's in Euphonium Performance with Dr. Aaron Tindall. In February 2022, Natalie was announced the winner of the United States Pershing's Own Army Band Solo Competition. Previously, she has soloed with the California Youth Symphony and her high school band in Cupertino, CA. In October 2022, Natalie advanced to the final round of the US Coast Guard Euphonium Audition. She was named the winner of the International Euphonium Tuba Festival Solo and Mock Band competition, was a semi-finalist of the Falcone Festival Solo Competition Artist Division, placed in multiple SERTEC and VTEC competitions, was the runner up in the International Women’s Brass Conference’s Solo Competition, won the New Zealand International Brass Festival Solo Competition in 2021, and was named a YoungArts Foundation winner of Classical Music. Natalie released her euphonium tuba ensemble charity album “Midnight Euphonium'' in August 2020 and two lo-fi singles on all streaming platforms.