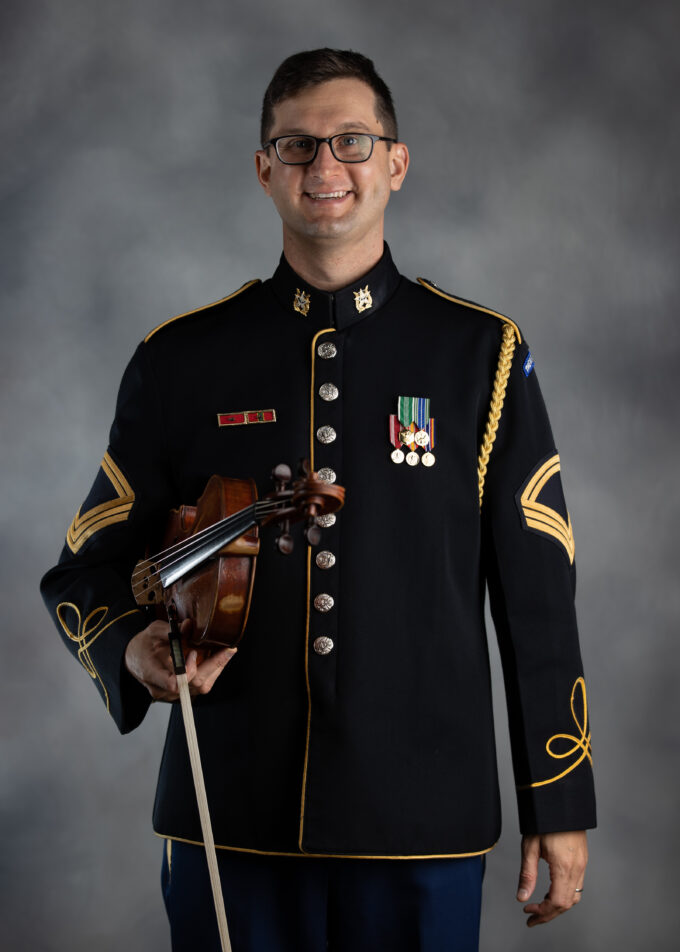 SFC Nicholas Hodges joined The U.S. Army Strings in 2013. He earned his bachelor's degree in performance and education from the Eastman School of Music, a master's degree in performance and orchestral conducting from Penn State, and a DMA from the University of Maryland. SFC Hodges has performed with many ensembles including the National Philharmonic, Concert Artists of Baltimore, the Baltimore Chamber Orchestra, Inscape Chamber Orchestra, the Adelphi String Quartet, and the Williamsport Symphony. He has served on the faculty of Bloomsburg University of Pennsylvania.