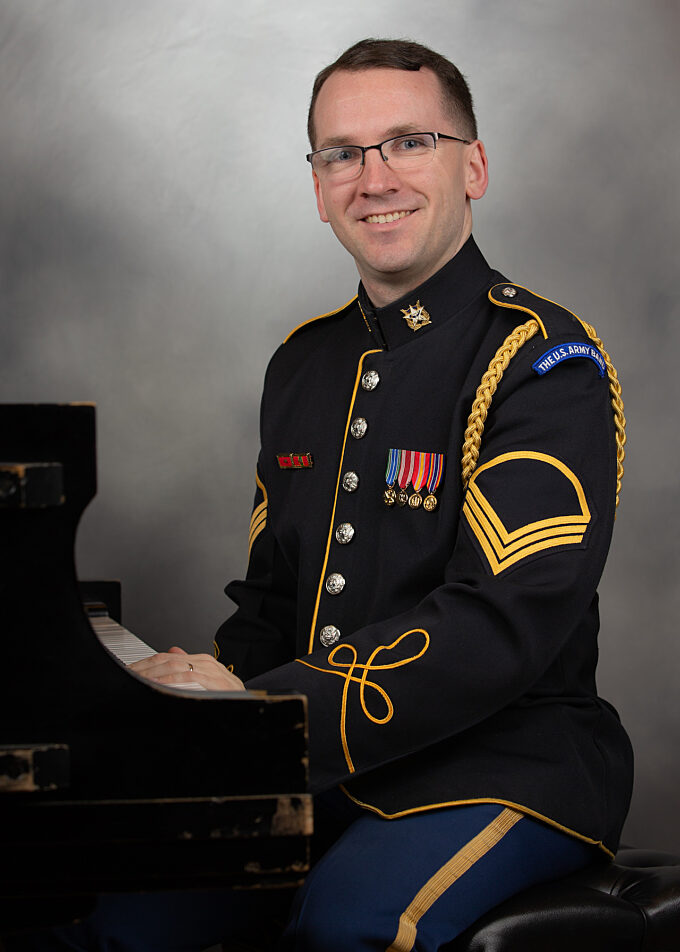 Born and raised in Arlington, VA, SSG Nicholas Starr is a pianist with a broad musical background. After graduating from the selective Thomas Jefferson High School for Science & Technology in Alexandria, VA, he continued his studies at the College of William & Mary in Williamsburg, VA. He studied both classical and jazz piano, and organ under the tutelage of Christine Niehaus, Harris Simon, and Tom Marshall, respectively. He was given the position of staff accompanist for the William & Mary Department of Music where he worked with numerous ensembles such as the College’s Opera Workshop, Jazz Ensemble, Wind Symphony, Botetourt Chamber Singers, and W&M Choir. As part of the 2012 William & Mary Global Film Festival, Starr performed George Gershwin’s Rhapsody in Blue with the William & Mary Wind Symphony. He is featured on Centaur Records’ CD of works by composer Brian Hulse, and on the score for Daniel Nearing’s 2015 film, Hogtown, which premiered at the 20th annual Black Harvest Film Festival in Chicago, IL. Outside of his university duties, Starr maintained an active freelance schedule which included performances with ensembles such as the Williamsburg Classic Swing Orchestra, the Williamsburg Symphonia, and the Virginia Symphony Orchestra. In 2014, he earned the position of pianist for The U.S. Army Voices.