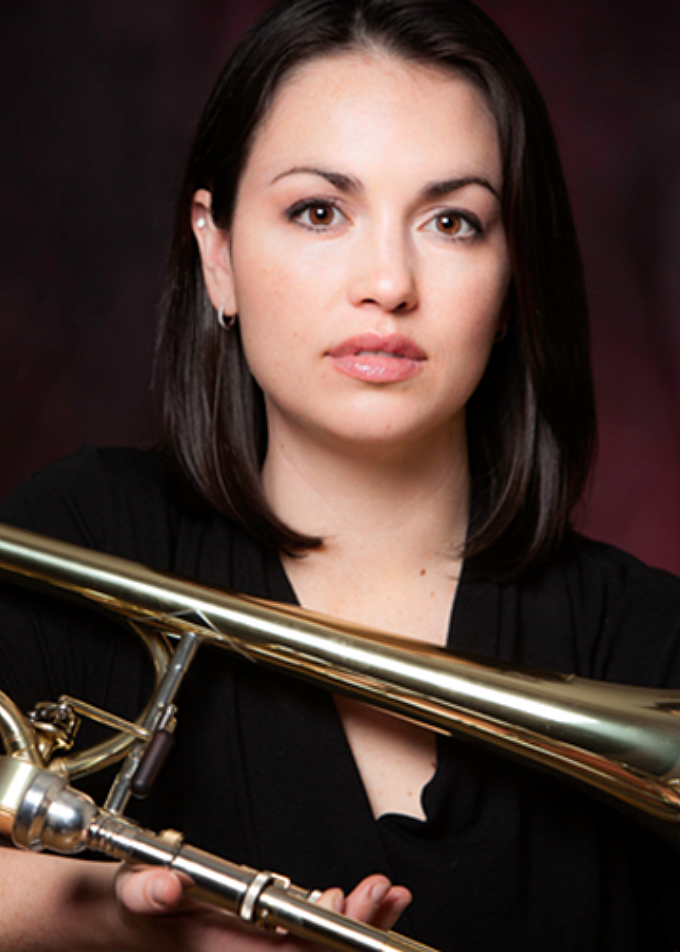 Nicole Abissi is a professional trombonist and teacher living in New York City. She is Second Trombone of the historic American Symphony Orchestra, Principal Trombone and Mentor of the Montclair Orchestra, performs on Broadway and with professional orchestras around the world.

Nicole is also an inventor. She has created an extension handle for the trombone called, Extendabone. As a short trombonist, she knew this is a tool that needs to be available for herself, and other students around the world.

Nicole received her Bachelor of Music degree from The Juilliard School under the instruction of Joseph Alessi, Principal Trombonist of the New York Philharmonic. She received her Master of Music Degree from Stony Brook University under the instruction of Michael Powell, Principal Trombonist of the Orchestra of St. Luke’s and member of the world renowned American Brass Quintet. Nicole’s other teachers include Per Brevig, Warren Deck, Glenn Dodson, Ian Bousfield, and Thomas Riccobono.​

​In September of 2007, she began the first of two seasons as a fellow the New World Symphony. While there, she had the opportunity to work with one of the premier conductors of our time, Michael Tilson Thomas. Nicole won her first professional position as the Second Trombonist of the Alabama Symphony for the 2009-2012 seasons. In September of 2012 she joined the Colorado Symphony as the acting Principal trombonist for the 2012-2013 season. In the same year, she also filled in as acting Principal Trombone in the Macon Symphony under the direction of Ward Stare. Nicole has also had the pleasure of performing with the Atlanta Symphony Orchestra, National Symphony Orchestra, St. Louis Symphony, Qatar Philharmonic Orchestra, and Huntsville Symphony Orchestra.