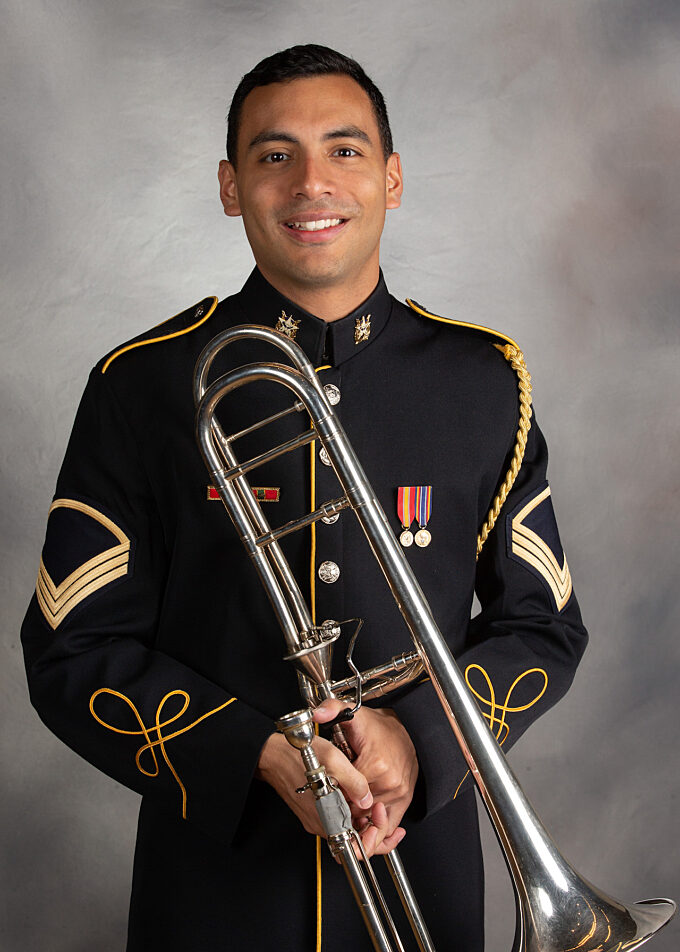 Originally from Palm Bay, Florida, SSG Omar Dejesus graduated from Florida State University in 2014. He won his position with the Ceremonial Band of Pershing’s Own one year after graduating Florida State and while pursuing his Masters Degree at Yale University. Dejesus went on to win the American Trombone Workshop National Solo Competition held by Pershing's Own just months before leaving for Basic Combat Training. He has been a multiple event competitor at the International Trombone Festival. He has also been tasked to be the newest ATW National Solo Competition Coordinator as of November 2017. Dejesus performs with multiple elements within the unit, including the Herald Trumpets and the Army Brass Quintet. His newest position in The US Army Concert Band will start by the end of the 2018. His teachers include John Drew and Scott Hartman.