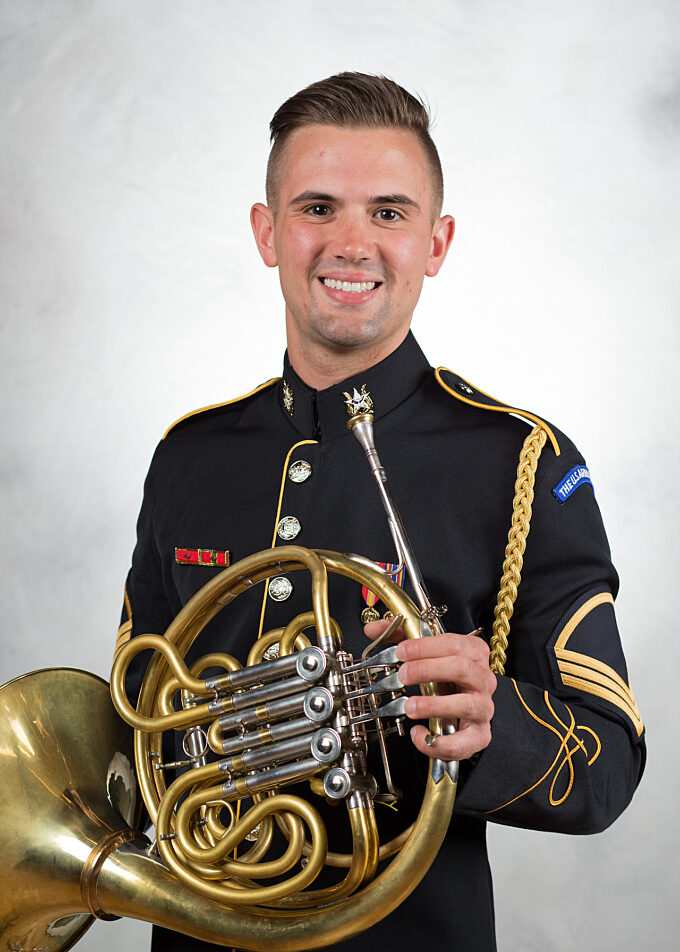 Originally from Clarkston, Michigan, SSG Patrick Furlo joined The U.S. Army Band "Pershing's Own" in 2016.Furlo earned his bachelor’s degree in Music Education from Michigan State University in 2015. While studying at MSU, he performed as the Assistant Principal Horn in the Midland Symphony Orchestra, and was a regular substitute with the Lansing and Jackson Symphony Orchestras. He also spent a semester of his degree studying in Vienna, Austria.Following his time at MSU, he began his master’s degree at The Juilliard School. While studying at Juilliard, he freelanced in New York City and joined the Northeastern Pennsylvania Philharmonic as Fourth Horn. He completed the degree, while working at the Army Band, in 2018.He is an active freelancer, and is a substitute with the Baltimore Symphony Orchestra, the Washington National Opera Orchestra at the Kennedy Center, and many regional orchestras. He has performed with The Who and Katy Perry.Furlo attended the National Orchestral Institute and Festival (NOI) and the Music Academy of the West. He has also performed in the Chelsea Music Festival in New York City.His principal teachers include Julie Landsman, Corbin Wagner, Michelle Baker, Janine Gaboury, and Wolfgang Vladar.