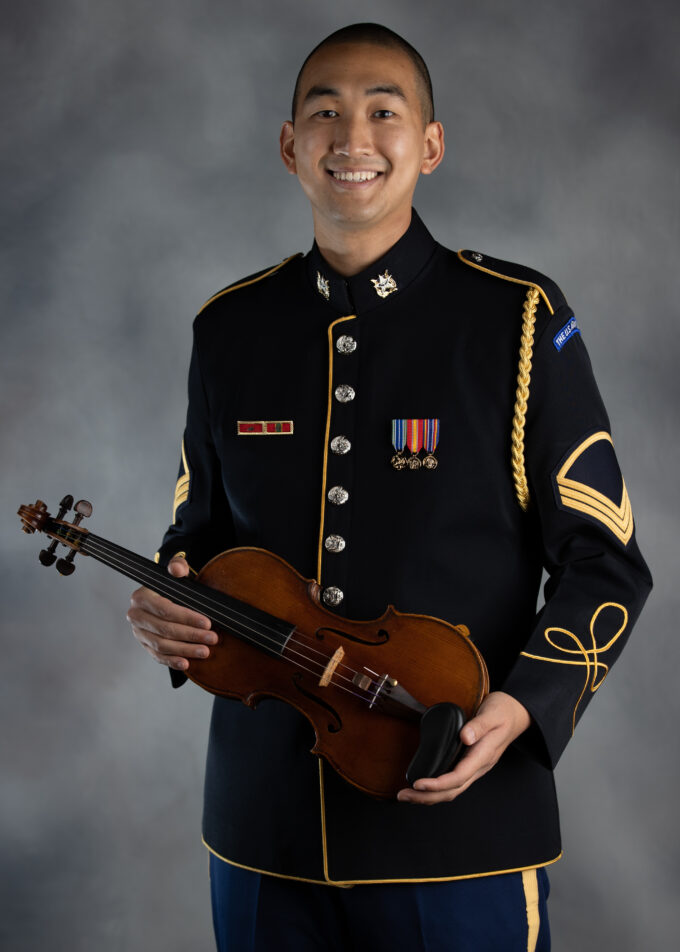 SSG Patrick Lin was born in Buffalo, NY, and grew up in Fargo, ND, where he began studying violin at the age of 7 with Mary Weisser and Jane Linde Capistran. He continued his studies at The Florida State University (Bachelor of Music 2015) with Dr. Benjamin Sung and the Cleveland Institute of Music (Master of Music 2018) with William Preucil. Patrick joined The U.S. Army Strings in February of 2019. Previously, he lived in Honolulu, HI, where he was a member of the Hawai'i Symphony Orchestra and performed with Hawai'i Opera Theatre and Ballet Hawai'i. Patrick has also performed with the Baltimore Symphony, Charleston Symphony, and Louisiana Philharmonic Orchestras and has attended festivals around the country, including the Britt Music and Arts Festival (OR), Lexington Bach Festival (MI), National Repertory Orchestra (CO), and Spoleto Festival USA (SC).