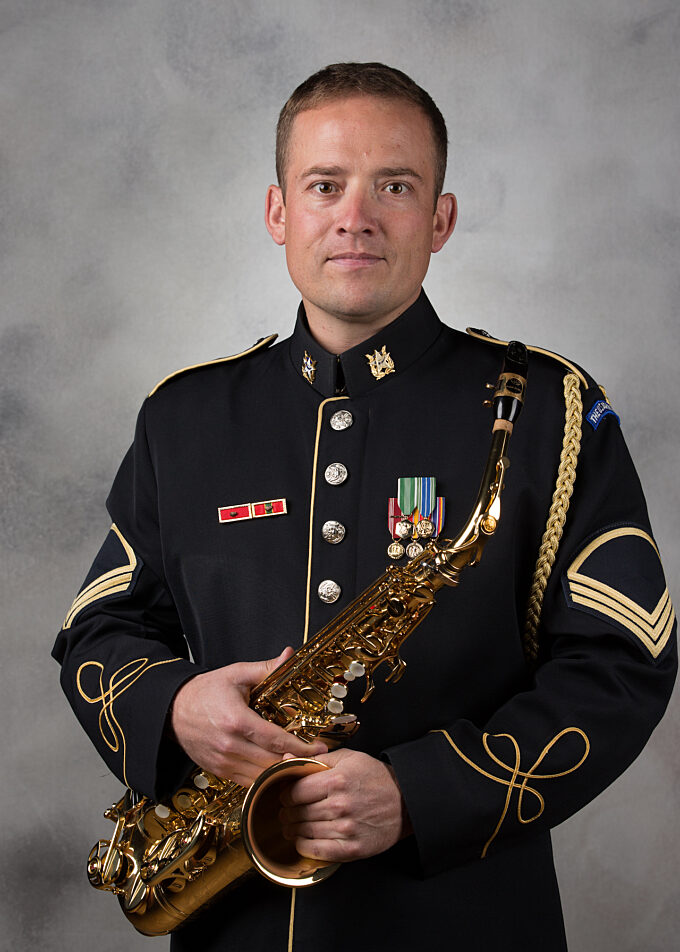 SFC Paul Tucker has been a member of "Pershing's Own" since 2006. Prior to joining The Army Band, Tucker studied in Paris at CNR Cergy-Pointoise, where he was awarded the Superieur Musique de Chambre and the Perfectionnement degree, the highest performance degree awarded in France. He also holds a Master of Music in saxophone from Indiana University, and a Bachelor of Music from the University of Illinois at Urbana-Champaign. Tucker maintains an active performance and teaching schedule. He has performed with the National Symphony Orchestra, and was guest clinician at the 2008 Taiwan Saxophone Summer Festival. Most recently, Tucker recorded a CD of saxophone music by Neil Thornock, composition professor at Brigham Young University, which was just released on the Navona classical label. He also maintains an active private teaching studio in Northern Virginia. Tucker has been a finalist in numerous international competitions, including runner up at the 2006 Adolphe Sax l'Hay les Roses Concours, runner up at the 2004 North American Saxophone Alliance Classical Competition, semi-finalist in the 2011 Concert Artists GuildCompetition, and semi-finalist in the 2008 Jean-Marie Londeix Concours in Bangkok, Thailand. Tucker's teachers have included Jean Yves Fourmeau, Otis Murphy, Frederik Hemke and Debra Richtmeyer.