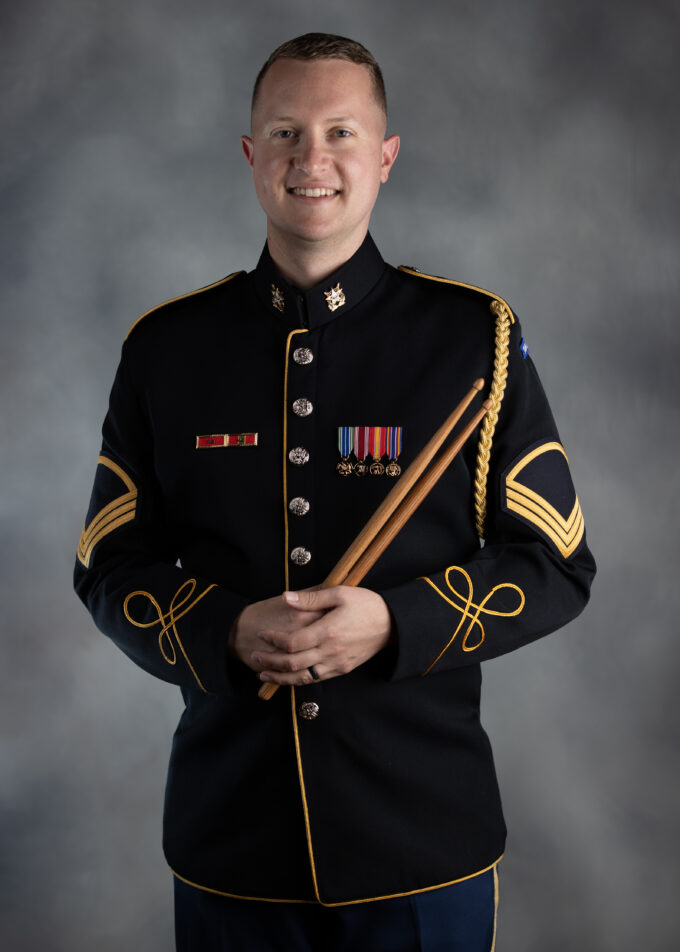 SSG Peter Soroka is currently a percussionist with The U.S. Army Concert Band, after spending his first three years as a member of the Ceremonial Band. Prior to joining “Pershing’s Own,” Soroka was a Graduate Assistant at Florida State University where he taught undergraduate percussion students while working on a Doctor of Music degree. He was awarded performance degrees from the University of North Texas with a secondary specialty in Contemporary Music Performance and Virginia Commonwealth University. He has performed across the U.S. and in Europe.

Soroka has had professional appointments with the Tallahassee Symphony Orchestra as well as Sinfonia Gulf Coast in Destin, Florida. In 2014, he was an Artist in Residence at Sweet Briar College and served as an adjunct faculty member teaching lessons at the University of Richmond.

Soroka continues to be active as a performer and an educator. He also has an increasing passion for audio and video recording.