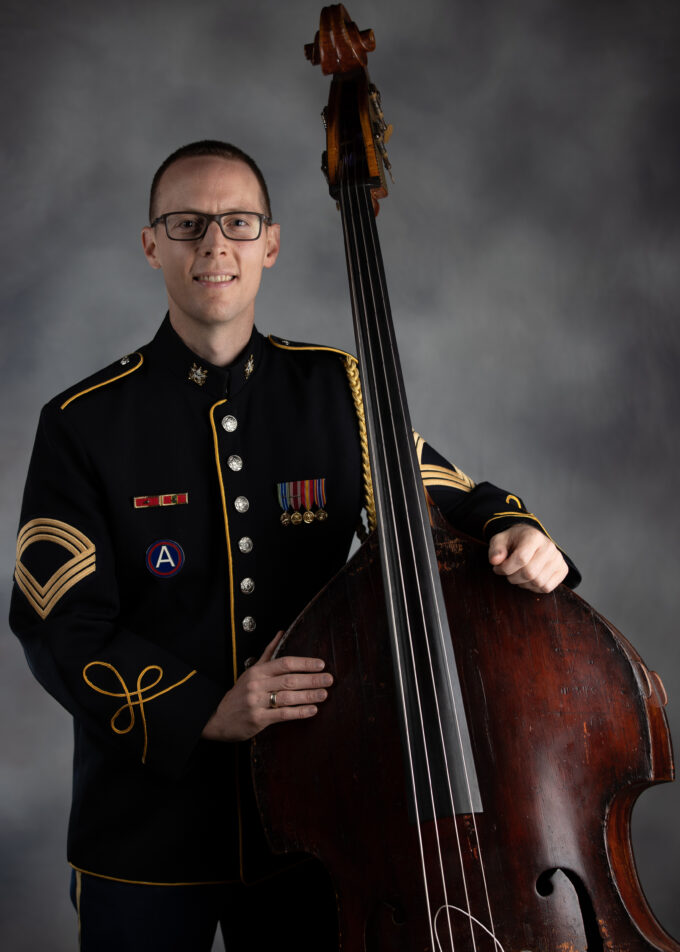 MSG Regan Brough began playing electric bass at age eleven for his family steel band, Pan Jam. The son of a university percussion professor, Brough was exposed to many genres of world music and ethnic music in his early years. As a teenager, Brough received several outstanding soloist awards culminating at the 2005 International Society of Bassists Convention where he was awarded second place in the Jazz Solo Division. Soon thereafter he graduated from Brigham Young University magna cum laude with a Bachelor’s degree in bass performance. In 2006 he became the bassist for the premiere jazz ensemble of the US Army, The U.S. Army Blues. Regan has performed with artists such as Tim Hagans, Terell Stafford, Tim Warfield, John Clayton, Bill Watrous, Dick Nash, Buddy Baker, and Conrad Herwig, among others. Brough continues to perform actively in the Washington, D.C., area and can often be heard with the Alan Baylock Big Band, the Smithsonian Jazz Masterworks Orchestra, the Bohemian Caverns Jazz Orchestra, and the Capitol Bones.