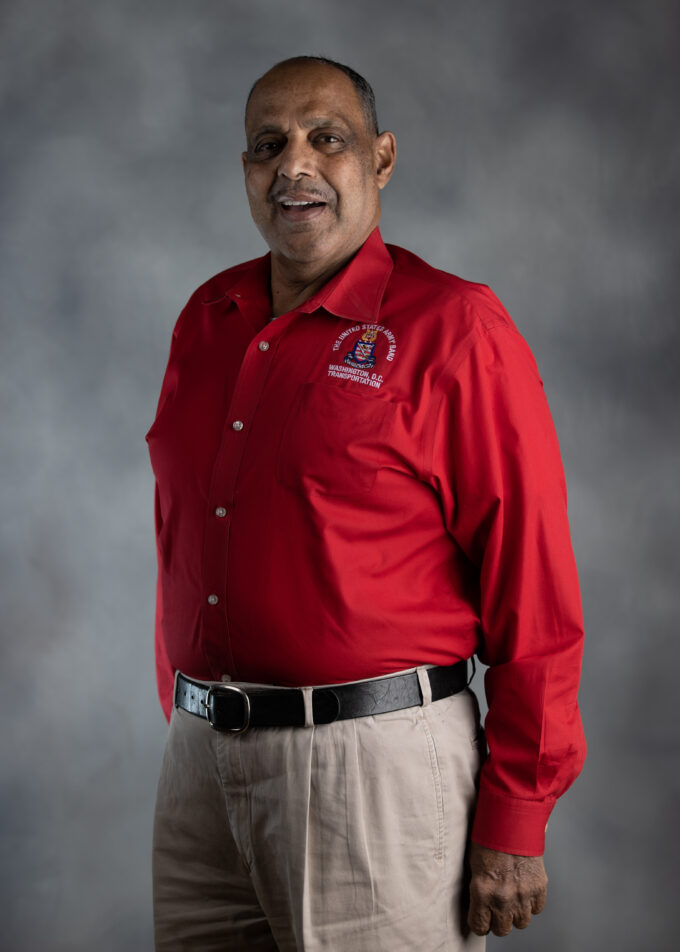 Mr. Rickey Nickens ("Nick") is a Transportation Operator with The United States Army Band “Pershing’s Own.” A native of Front Royal, Virginia, Mr. Nickens joined the U.S. Air Force in 1973 as a Security Police K-9 Handler. His last duty assignment was as Security Police Shift Leader and later as First Sergeant with the Presidential Support Unit at Andrews AFB. Upon leaving the Air Force in 1990, Mr. Nickens joined Walmart as a District Manager/Supervisor for Maryland stores. He has an associate’s degree from the Community College of the Air Force and recently obtained his bachelor’s degree in Information Technology from American InterContinental University.