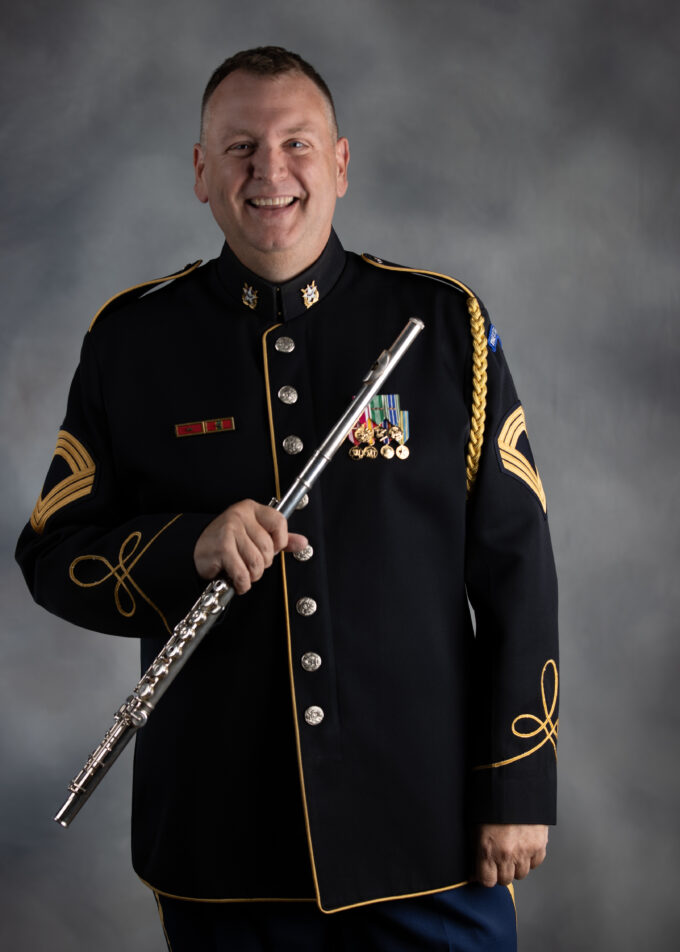 Flutist Master Sergeant Robert Aughtry joined The U.S. Army Band "Pershing's Own" in 2000 after completing coursework for a Doctorate of Music Arts in Flute Performance (ABD) from the Louisiana State University. A native of Gaffney, South Carolina, he holds a Master of Music in Flute Performance and a Bachelor of Music degree, emphasis in Music Education with a Performance Certificate from the University of South Carolina. Aughtry currently serves as flutist with the Concert Band and Orchestra. In December of 2016, he was named to be the flutist of The U.S. Army Band Woodwind Quintet and currently serves as the Woodwind Quintet Group Leader.

Aughtry is active in the DC metropolitan area as an adjudicator, clinician, recording artist and teacher. He was a featured performer on a memorial concert at the 2011 National Flute Association convention in Charlotte, NC and has performed at Clarinetfest in Atlanta and in Ostend, Belgium. He has been a featured soloist with the Army Concert Band and with the Army Orchestra many times during his 22-year career. In 2012, he performed with MSG(r) Barbara Vigil in a piccolo duet on the Concert Band tour of China. He is the Director of Handbell Choirs at his Church in Burke, VA, where he conducts three choirs of handbells from elementary age through adult. He and his partner, Andrew, live in Reston.