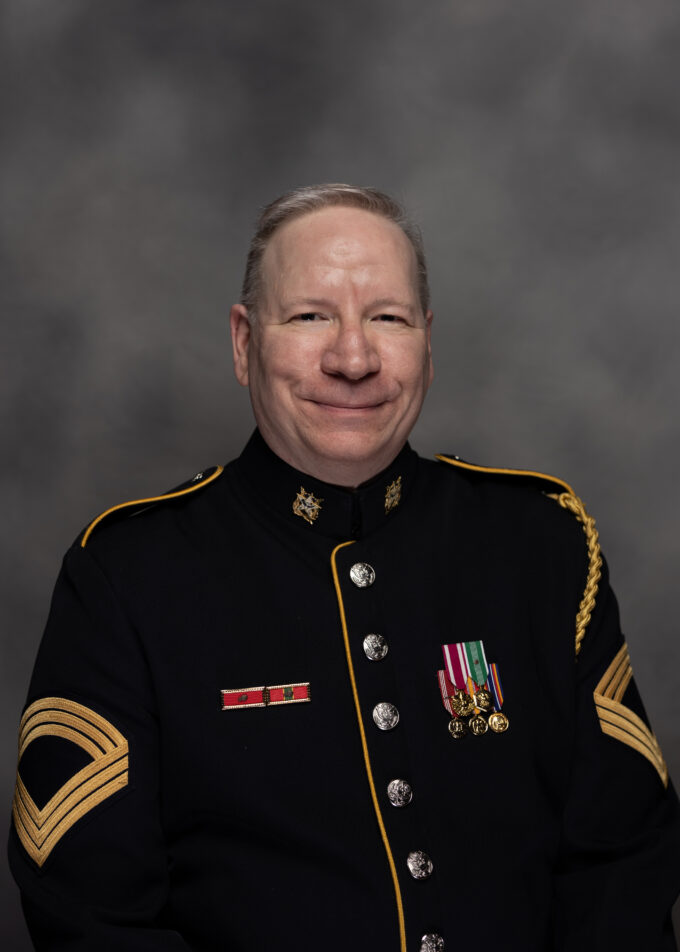 MSG Robert Burner has been praised by the Washington Post for his “remarkable musicality, technique, and expression” for his solo performance in the title role in Mendelssohn's Elijah conducted by Thomas Beveridge, a former member of The U.S. Army Chorus. He is a scholarship winner of the Metropolitan Opera National Council Auditions and a veteran of the Sarasota Opera Apprentice Program. He was selected as a semifinalist in the 2007 Chester Ludgin Memorial Verdi Baritone Competition. Burner has performed numerous lead baritone roles ranging from Figaro in Il Barbiere di Siviglia to the title role of Rigoletto. He recently appeared as Escamillo in Opera Bel Cantanti’s production of Carmen, for which the Washington Times praised him saying his “swaggering toreador…radiated alpha-male authority…with his strong self-assured and well-supported voice.” Burner was thrilled to have had the opportunity to meet and work with legendary baritone Sherrill Milnes as a participant in Opera Tampa’s VOICExperience program. Burner's performance of “Eri tu,” which he sang at Mr. Milnes' urging, was proclaimed “burly and dramatic” by the St. Petersburg Times. Burner is a proud member of the world-renowned U.S. Army Chorus, where he is a frequent soloist before the nation’s highest-ranking military and government officials, including three U.S. Presidents, visiting dignitaries and heads of state from around the globe.