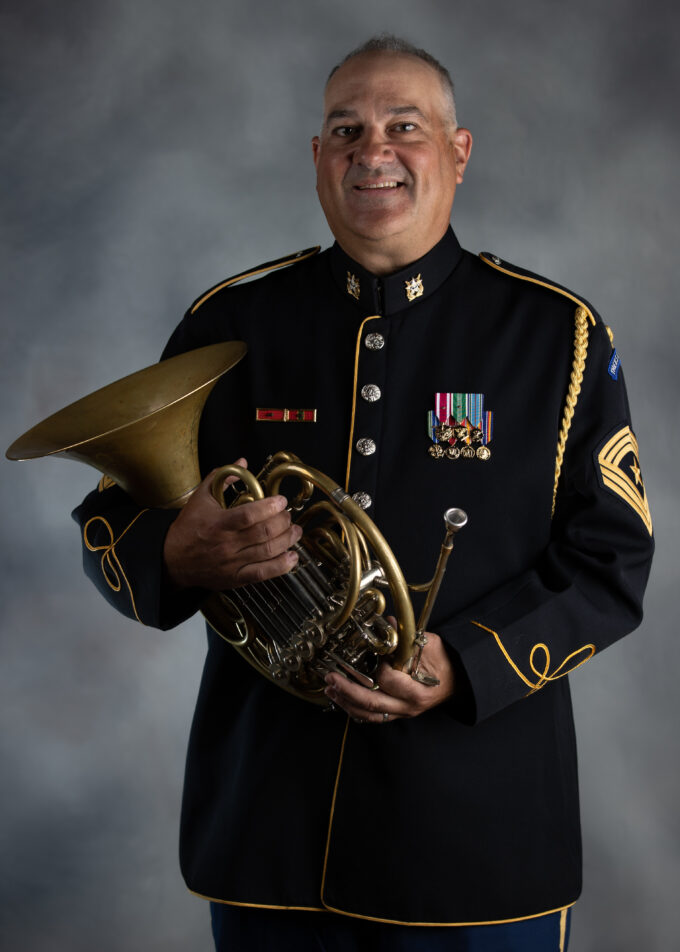 SGM Robert Craven joined the U.S. Army Band in 1998 and has been playing with the Concert Band as Assistant Principal French Horn since 2001. Prior to joining the Army he held a position with the Mexican Orchestra, La Filharmonica de Queretaro. Originally from Manchester, New Hampshire, he left New England to study Horn at the Eastman school of Music in Rochester NY, were he earned a bachelor's degree in music at the Eastman School of Music. He also holds a master's degree in Music from The Juillliard School of Music in New York City. When he is not performing with the band, Craven is an active performer with many of the regions local ensembles and an avid teacher, including a position as horn and brass instructor at The Catholic University of America. Craven lives in Alexandria, Virginia with his wife, Kendra, son Benjamin, and daughter Claudia.