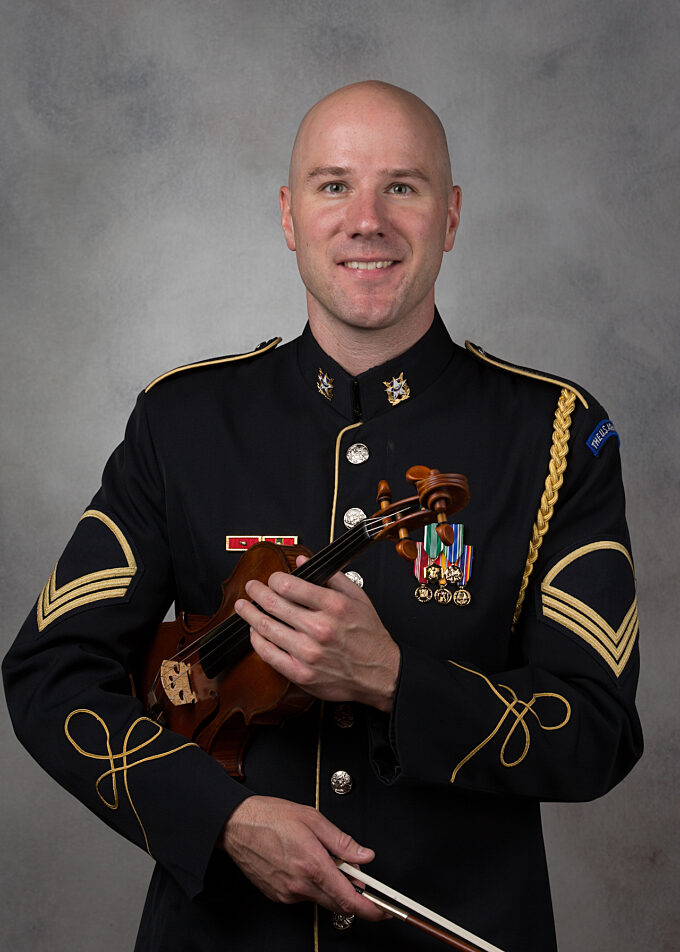 SFC Robert Martin began violin studies at age three with Rochelle Walton, a former teaching assistant to famed pedagogue Ivan Galamian. He later studied with Julian Meyer and Sylvia Davis Ahramjian at Temple University's Center for Gifted Young Musicians, and at age 13, having won the Albert M. Greenfield Competition, made his solo debut with the Philadelphia Orchestra. He went on to study with Zvi Zeitlin at the University of Rochester’s Eastman School of Music where he served as Concertmaster of the Eastman Philharmonia and performed regularly with the Rochester Philharmonic Orchestra. He has been a resident artist at the Music Academy of the West in Santa Barbara, California, and at the Bravo! Vail Valley, Skaneateles, and Vermont Mozart festivals. A member of The U.S. Army Strings since 2011, Martin has performed at numerous high level diplomatic, political, and military events in Washington, D.C., and served as Concertmaster of the U.S. Army Orchestra from 2015 to 2021. He serves concurrently as Concertmaster of the Maryland Symphony Orchestra where he has appeared many times as soloist, and previously served as Principal Second Violin of the Chamber Orchestra of Philadelphia. Martin’s extensive and diverse experience includes performances with the Opera Company of Philadelphia, the Pennsylvania Ballet, Peter Nero and the Philly Pops, Orchestra 2001, and the Baltimore and Richmond Symphony Orchestras, as well as studio recordings for Warner Bros. Pictures, NFL Films, and the Sony, Atlantic, RCA, Island/Def Jam, Motown, Jive, Fo Yo Soul, and Geffen record labels.