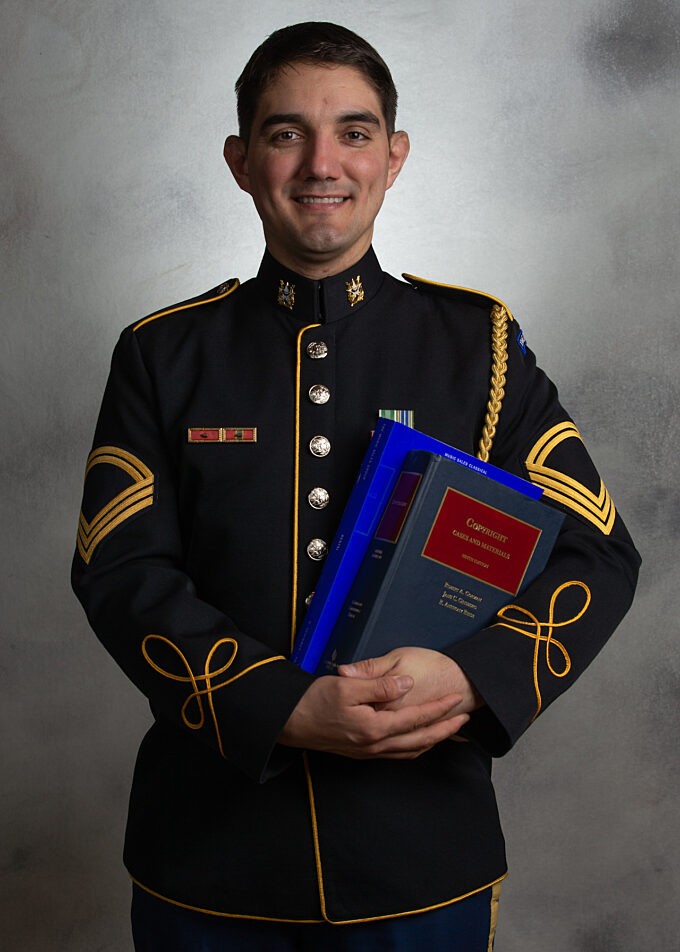 Originally from South Texas, MSG Garza earned his undergraduate degrees in biology as well as music, studying clarinet and bassoon with Dr. Nancy King Sanders at Texas A&M University Kingsville. He then moved to Maryland to study with Edward Palanker of the Baltimore Symphony at The Peabody Conservatory where he earned a graduate degree in clarinet performance.Garza joined the Army in 2006 when he began service with the United States Army Training and Doctrine Command Band at Fort Monroe, Virginia, where he served as principal clarinetist, Eb clarinetist, and performed in the woodwind quintet for several years before winning an audition for The United States Army Band in 2009. He has been a member of The U.S. Army Ceremonial Band since 2010 and is an active chamber and theater musician in the Washington, D.C. area.