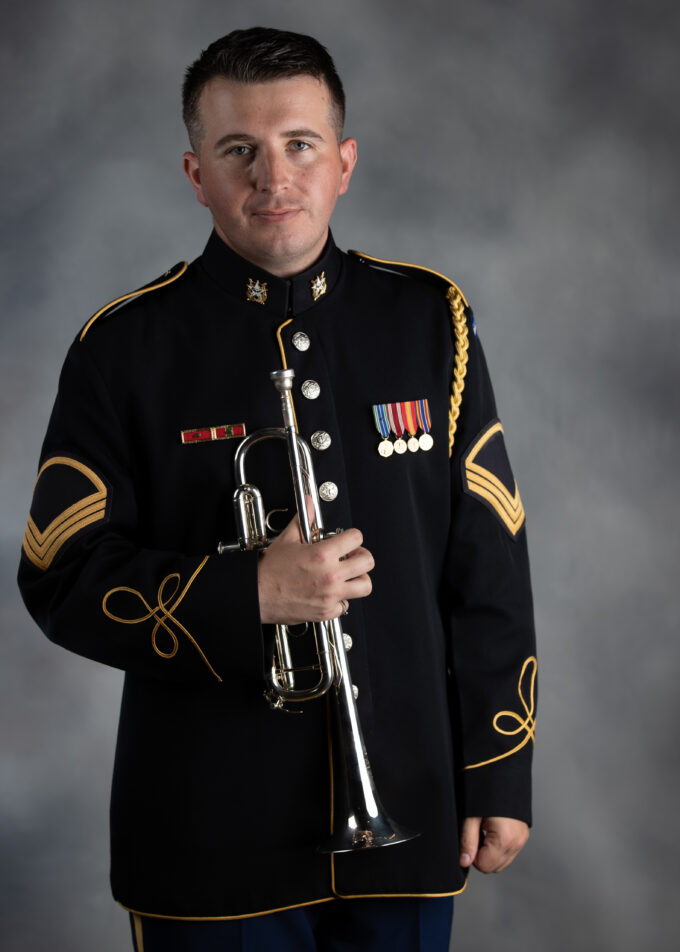 SSG Ryan Brewer is a native of North Richland Hills, Texas and has been a member of The U.S. Army Band “Pershing’s Own” in Washington, D.C. since October 2020 where he performs with the Ceremonial Band and Herald Trumpets. From 2016 to 2020, Ryan served with The United States Army Field Band as co-principal trumpet and commercial/lead trumpet player of the Concert Band and Chamber Brass quintet. He is also a founding member of the U.S. Army Trumpet Ensemble, the Army’s first musical recruitment group that includes representatives of both premier and regional bands. Before joining the Army, Ryan was a fellow at National Repertory Orchestra and Texas Music Festival, as well as a freelance performer and music educator in the Dallas/Fort Worth area. Ryan received a Bachelor of Music degree from the University of North Texas and a Master of Music degree from Stephen F. Austin State University in Nacogdoches, TX where he served as the graduate trumpet assistant. Ryan’s principal teachers were Keith Johnson and Dr. Gary Wurtz.