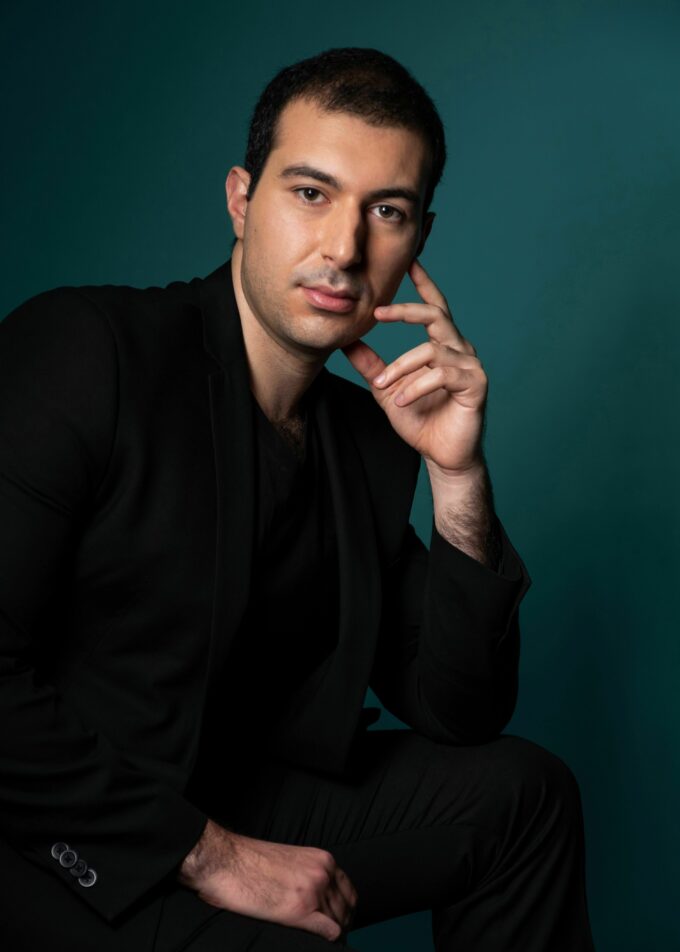 Saad Haddad (b. 1992) is a composer that achieves a “remarkable fusion of idioms” (New York Times), most notably in his work exploring the disparate qualities inherent in Western art music and Middle Eastern musical tradition.

Recent commissions include a piano concerto for IRCAM and the Orchestre national d’Île-de-France; a clarinet concerto for Kinan Azmeh and the Princeton Symphony; two string quartets for the Lydian and Callisto Quartets; a mixed octet for the International Contemporary Ensemble; and an orchestral work for the Los Angeles Philharmonic.

He is the recipient of the Charles Ives Fellowship from the American Academy of Arts and Letters, Barlow Endowment General Commission, S&R Foundation Washington Award Grand Prize, Jerome Fund for New Music grant from the American Composers Forum, Palmer Dixon Award from The Juilliard School, Aaron Copland Residency Award, and multiple awards from ASCAP, BMI, and the Vancouver Chamber Choir. He has been in residence at the Millay Colony for the Arts, Ucross Foundation, Bogliasco Foundation, Studios of Key West, Soundstreams Composer Workshop, Luzerne Music Center, and most recently as Young Concert Artists' 2019–2021 Composer-in-Residence.

Saad Haddad holds degrees from Columbia, Juilliard, and the University of Southern California. He lives in Manhattan with his wife and miniature dachshund. saadnhaddad.com