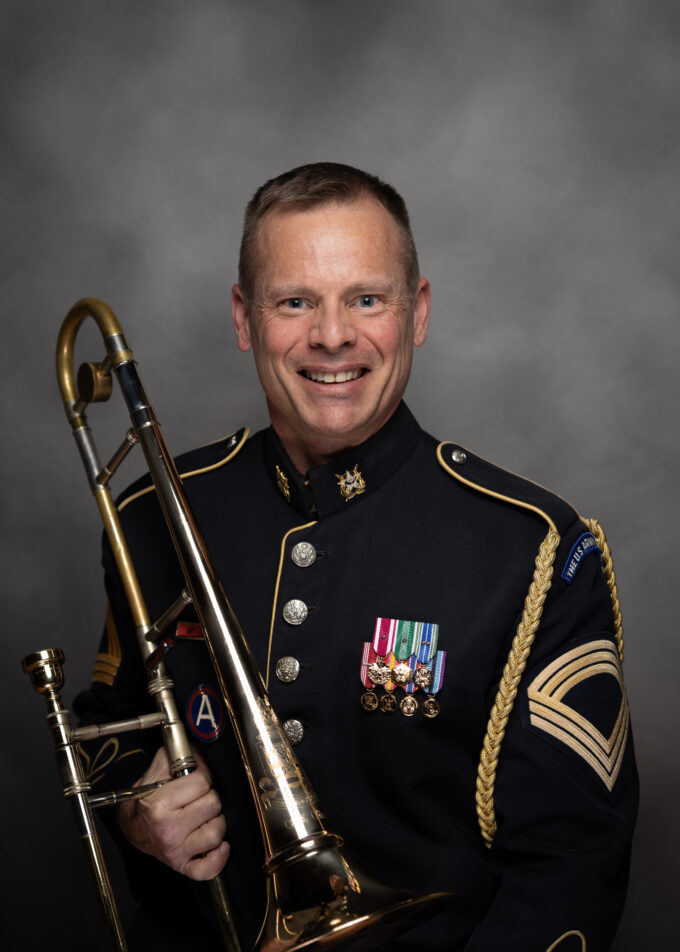 MSG Sam Woodhead is the solo and principal trombonist and trombone section leader of The U.S. Army Band “Pershing’s Own” Concert Band, a position he has held since 2004, and a member of the Concert Brass. Prior to winning the position in concert band, Woodhead served as a trombonist in the Ceremonial Band of "Pershing's Own". In addition to his duties with the concert band, he has performed with the Brass Quintet, Blues, Orchestra, Chorus, Herald Trumpets, and DownRange, with whom he toured Kuwait, Iraq, and Afghanistan as part of the Sergeant Major of the Army's Hope and Freedom Tour in 2006. He is also chairman of the Eastern Trombone Workshop, founder and director of the Washington Trombone Ensemble, and is currently serving on the board of advisors for the International Trombone Association. Woodhead is in great demand as a freelance musician in the greater D.C. area, performing with groups from the National and Baltimore Symphonies to the Washington Symphonic Brass and musical productions at Signature Theater. He has appeared as soloist with "Pershing's Own" on the tour of California in 2005 and at concerts on the steps of the U.S. Capitol. Woodhead has also presented masterclasses and solo appearances at Boston University's Tanglewood Institute, Bowling Green University, Brown University, and Yale University. His primary teachers were John Swallow, Milton Stevens, and Mark Manduca and has also studied with Matthew Guilford, Craig Mulcahy, and David Taylor.