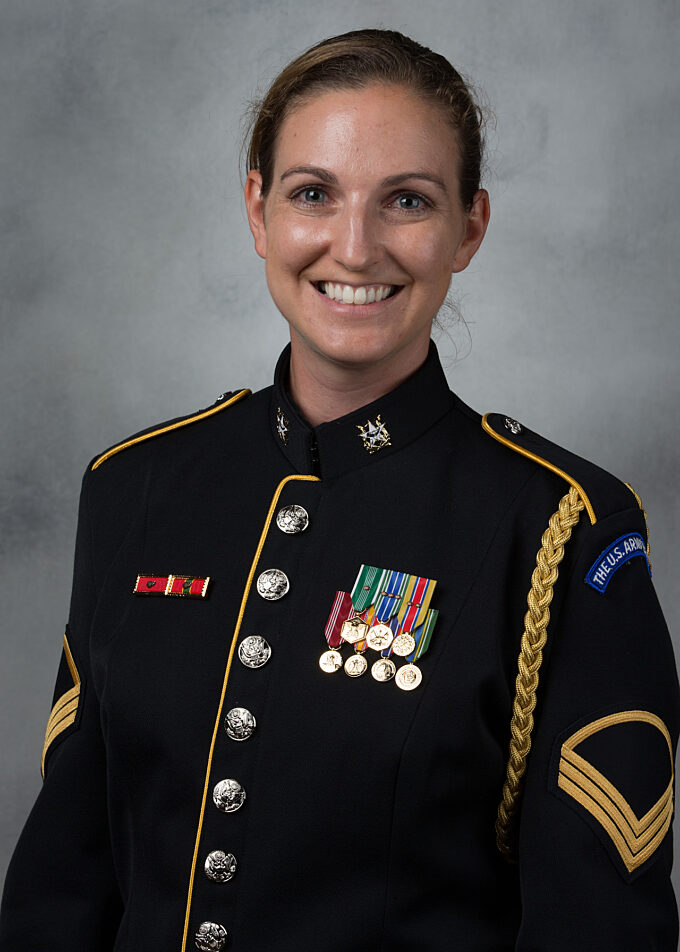 SSG Samantha Glosh joined the Army in 2003 just prior to her senior year at Wando High School in Mount Pleasant, SC. Her impetus was to complete the Army's Initial Entry Training to get scholarship money for college. She attended the University of South Carolina in Music Education while serving in the 246th South Carolina National Guard Band. Upon graduation, she stayed with her Guard unit also working as a supply technician. In 2011, Glosh went on Active Duty status in the Army. In 2013, she became a flutist with the 8th Army Band in South Korea (2013-2014) and the following year played with the 56th Army Band at Ft. Lewis, Washington (2014-2015). While at Ft. Lewis, she was also assigned to the Administrative Staff. Her assignment to the Supply Staff here at The United States Army Band "Pershing's Own" came in 2015. Glosh does enjoy being on the supporting end of "Pershing's Own" after over ten years of service as a military musician. "I have been so fortunate to have performed all over the world in places such as China, South Korea, Italy, France, and England, and I hope to continue that in the future outside of my Army duties!" She deems her beautiful family – Brian, Alan and Macie – as her greatest strength…her "rock!"