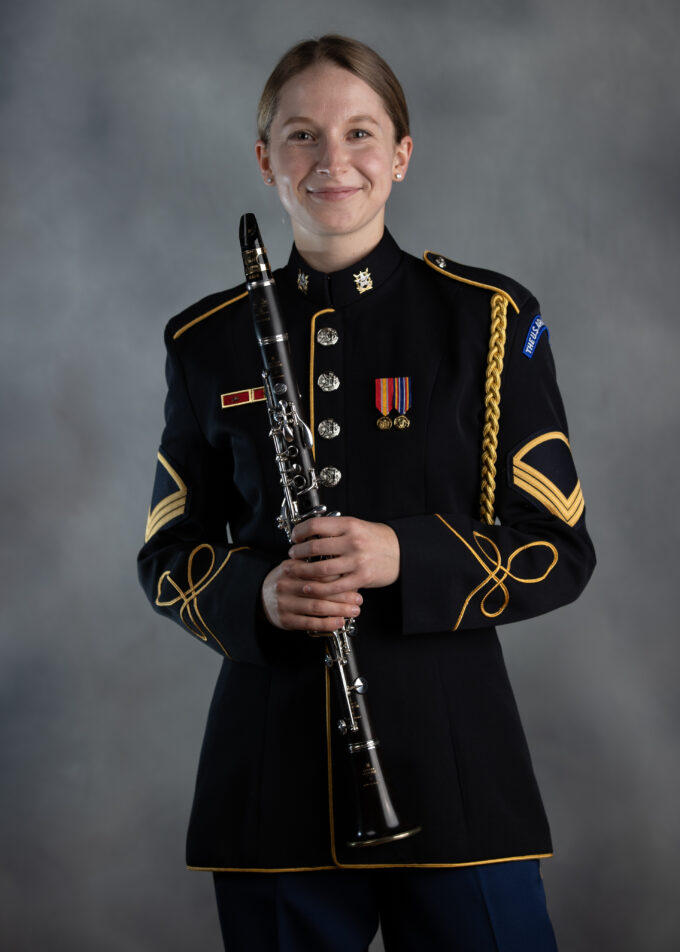 SSG Samantha Frenduto joined The U.S. Army Band “Pershing’s Own” in 2020. Frenduto received her Master of Music degree in 2019 from New England Conservatory where she studied with Boston Symphony clarinetist, Michael Wayne. Throughout her time in Boston, she performed with the Boston Civic Symphony, Eureka Ensemble, and various chamber groups. She also performed concerts with the NEC Philharmonia and many renowned conductors including Hugh Wolff, Leonard Slatkin, and Jeffrey Kahane. In 2017, she received her Bachelor of Music degree, summa cum laude, from the University of North Carolina at Greensboro where her primary instructor was Dr. Anthony Taylor. In the summer of 2016, she was a featured soloist for the UNCG Wind Ensemble on their European Concert Tour, giving performances in the Czech Republic, Austria, and Italy. As a recipient of the Minerva Music Scholarship at UNCG, Frenduto received full tuition and extra solo performing opportunities. In the summers, she participated in multiple festivals including Round Top Festival Institute, Brevard Music Center, Eastern Music Festival, and Sewanee Summer Music Festival. In her spare time, she enjoys long distance running, cooking, and yoga.