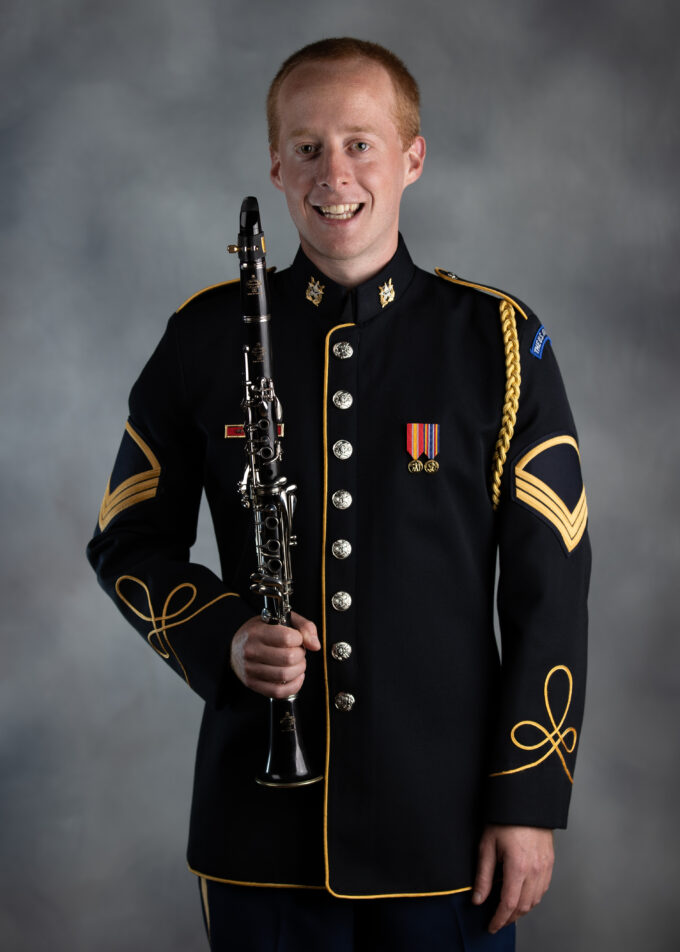 SSG Sammy Lesnick is a clarinetist devoted to performing classical music in all of its exciting varieties, including traditional ensemble music as well as contemporary and improvised music. No matter the style, he approaches performing with a sense of adventure, spontaneity, and humor.

At his festival debut in 2012 at the Olympic Music Festival, Sammy was described as “already a musician of phenomenal skill and artistry” performing at a “breathtakingly high level of accomplishment” (Seen and Heard International). In the same year, he won both the Washington State solo competition and the Seattle Symphony Young Artist Competition. Lesnick won the Eastman clarinet concerto competition in 2013, performing Magnus Lindberg’s concerto with the Eastman Philharmonia and conductor Brad Lubman.

Lesnick has performed with such groups as the Princeton Symphony, Kaleidoscope Chamber Orchestra, Alarm Will Sound, Ensemble Signal, and the International Contemporary Ensemble. He is a founding member of the Zohn Collective, a group of like-minded musicians focused on performing music by living composers. He has worked with many composers, including Steve Reich, performing his New York Counterpoint for solo clarinet at Eastman’s Kilbourn Hall with Reich in attendance.

Graduating from the Eastman School of Music with a Bachelor of Music in 2016, Lesnick has studied with Michael Rusinek, Emil Khudyev, Kenneth Grant, Jon Manasse, Sean Osborn, and Kim Fay. When not playing music, he is usually out walking, biking, kayaking, or looking for funny animals.