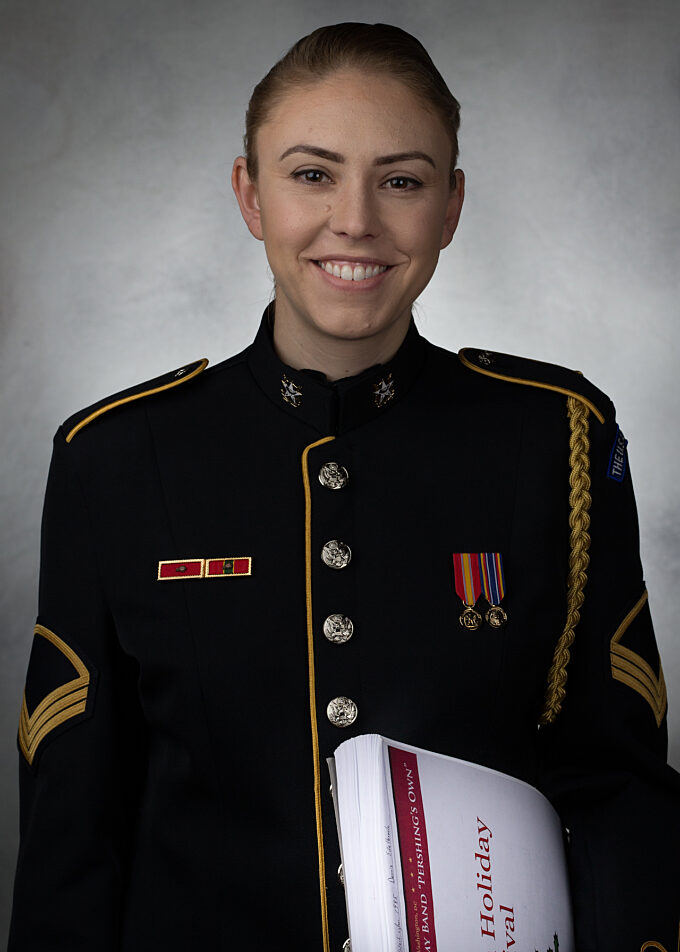 Doctorate or Performance Certificate: University of Colorado at Boulder

SSG Sara Corry joined the U.S. Army Band "Pershing's Own" in 2016 as a Staff Arranger. Corry holds a Bachelor's degree in Music Composition from Southern Methodist University and a Master's degree in Music Composition from the University of Texas at Austin. She completed her Doctorate in Music Composition at the University of Colorado at Boulder where she taught introduction to electronic music, continuing education harp, and scuba diving. For six years, she was a teaching fellow at Interlochen Arts Camp, providing instruction on electronic music and theory. Corry has had notable performances by the JACK Quartet, Dallas Symphony Chamber Players, Harvard's Videri String Quartet, Interlochen Ensemble and the Musica Nova Ensemble. Her music is also featured on ABLAZE Record's "Electronic Masters" CD series. She has received numerous commissions, grants and awards from the Dallas Symphony, International Society of Computer Music, Playground Ensemble, Dallas Museum of Art, Nasher Sculpture Center and others. In addition to arranging and composing, Corry is an active harpist and has had notable performances in Carnegie Hall, Renee and Henry Segerstrom Concert Hall, Meyerson Symphony Center, Meng Concert Hall, as well as venues in Germany, Austria, Switzerland and France.