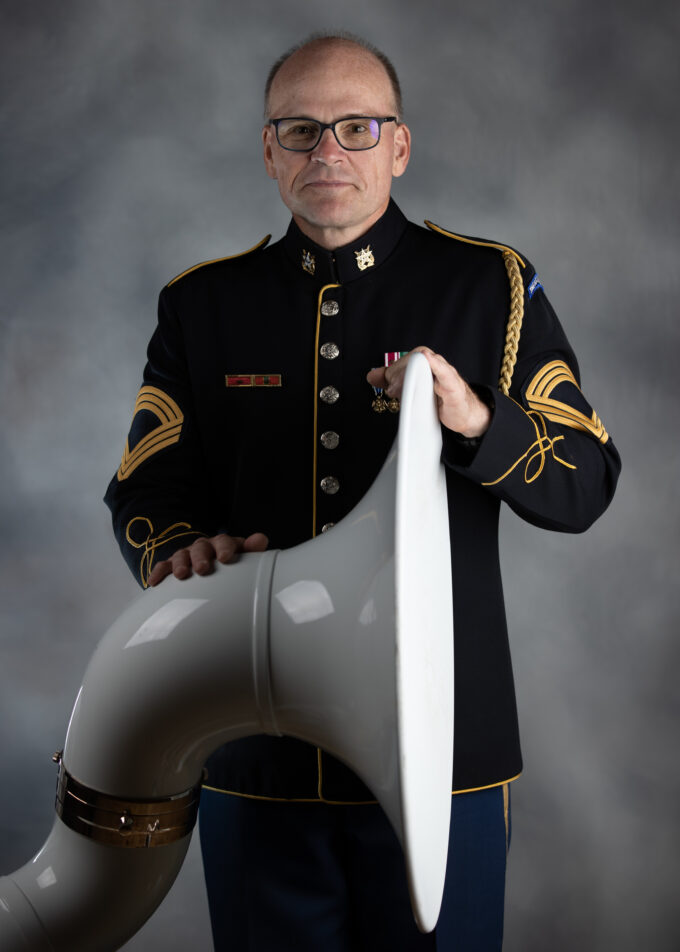 MSG Sean Chisham hails from the great state of Missouri where he grew up in the small farm community of Lawson. From his earliest days of taking up the tuba, one of his goals was to some day play in one of the premier service bands way off in Washington, D.C. He received his formal training from The University of Kansas where he studied with Scott Watson and from Northwestern University under the watchful ears of Rex Martin. Between his work at these two schools, he played with The American Wind Symphony Orchestra where he met his dear wife MU1 Farah Chisham who currently plays horn with The United States Navy Band. The couple moved to Bloomington, IN, to allow Farah to finish her degree. There Chisham began private studies with the great master Dan Perantoni. During this time of private studies he auditioned for and won a position with The U.S. Army Band “Pershing’s Own” where he has played in the Ceremonial Band since 2000. When not honoring the heroes of this nation through his music on the parade field or in Arlington National Cemetery, Chisham enjoys spending time with his wife and 2 sons or bicycle racing with a local amateur cycling team.