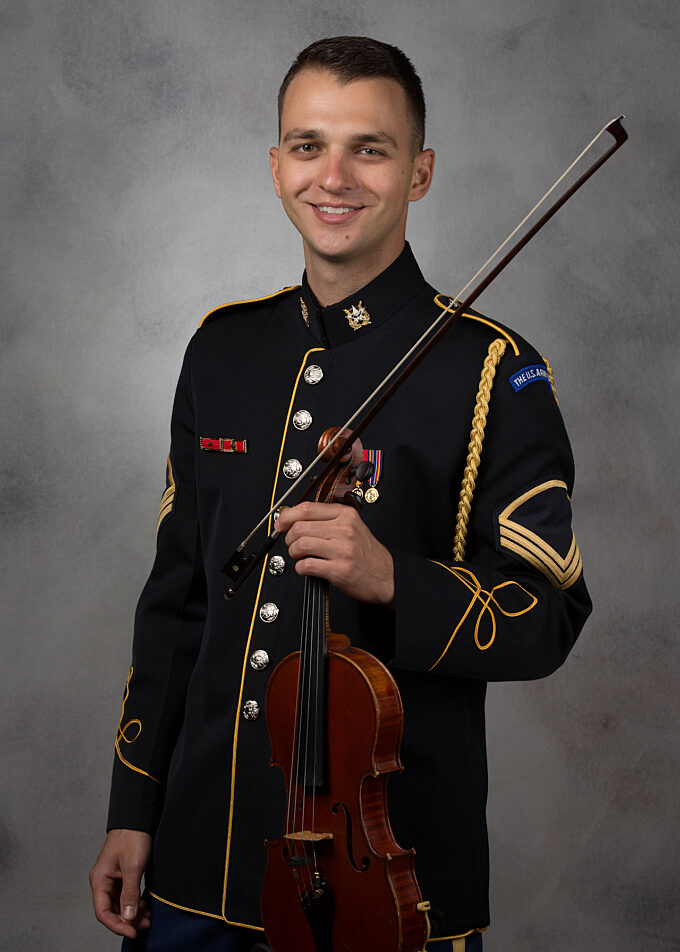 SFC Sergey Prokofyev won his position in The U.S. Army Band "Pershing's Own" in 2015 as a member of The U.S. Army Strings. Originally from Saint Petersburg, Russia, he began his violin studies there at the age of 5 with notable teacher Irina Svyatlovskaya of the St. Petersburg Conservatory. In 1998, Prokofyev and his family immigrated to the United States where he continued his studies in New York City, first attending Kaufman Center’s Special Music School, and later graduating from LaGuardia High School of Music & Art and Performing Arts, and the Juilliard School’s Pre-College Division. He received his Bachelor of Music in Violin Performance from the Aaron Copland School of Music at Queens College in Flushing, New York, where he studied under Professor Daniel Phillips.Prior to joining “Pershing’s Own”, Prokofyev pursued an active and versatile career as a freelance musician in New York. He served as Concertmaster of the New Amsterdam Symphony Orchestra, was a member of the string ensemble Bachanalia led by world renowned violinist Nina Beilina, and is a charter member of the Tsenov Chamber Ensemble. He has performed concerts with the New Britain Symphony Orchestra (CT) and the Musical Olympus Festival Orchestra (NY). In 2014, Prokofyev toured Europe and Russia as a guest member of New York’s BARD College Conservatory Orchestra under the direction of Leon Botstein. Earlier that year, he toured China as a member of the Manhattan Symphonie Orchestra under the direction of Gregory Singer. Prokofyev recently made his new music debut with InnoVax, a contemporary music ensemble based in New York, and made his international debut in 2015 at the National Concert Hall in Taipei, Taiwan.