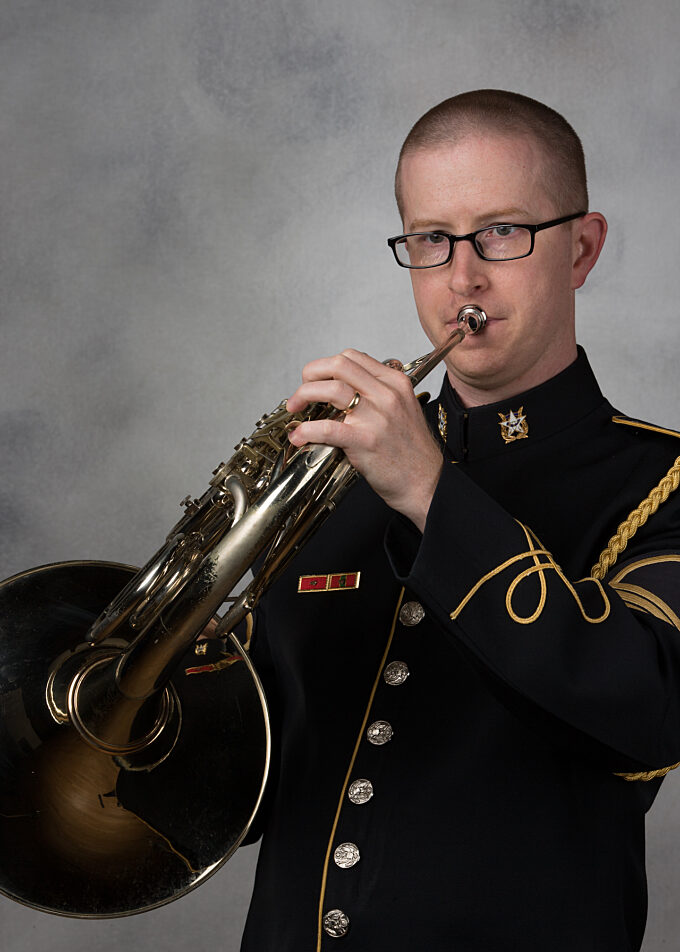 SFC Shane Clare has been a member of The U.S. Army Band "Pershing’s Own" since 2007. Originally from McKinney, Texas, he studied the horn under Wayne Barrington and Patrick Hughes at the University of Texas at Austin before attaining his graduate degree under Randy Gardner at the University of Cincinnati College-Conservatory of Music.Clare has performed with several orchestras in Texas and Ohio, as well as at many large venues in the D.C. metro area. He also enjoys performing as a recitalist at Brucker Hall and has been featured as a soloist on the Capitol steps. He lives in northern Virginia with his wife and two children.