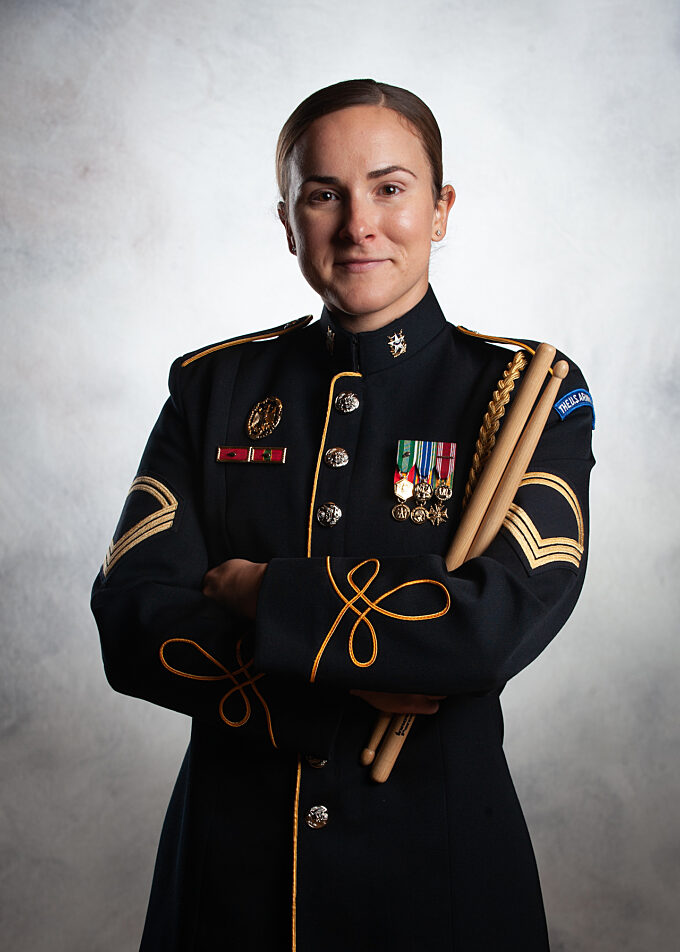 SFC Sidonie McCray holds a bachelor's degree in Music Performance from the Florida State University where she studied with Dr. John Parks IV. During her time at FSU she was also a member of the Big 8 drum line in the Marching Chiefs. Her most fond memory with the drum line was performing on stage alongside country legend Keith Urban. Wade received her Master of Music degree in Performance and Literature from the Eastman School of Music where she had the privilege of studying with Michael Burritt, John Beck, Bill Cahn, Chip Ross and Rich Thompson. In 2012, Wade toured with the Youth Orchestra of the Americas performing in various regions of Chile acting both as a performer and a cultural ambassador. McCray resides in northern Virginia and spends most of her spare time training and coaching Crossfit.